Lawmakers in the UK have called for postal regulator Ofcom to gain extra powers to protect the universal postal service. The Business, Innovation and Skills Committee of the House of Commons issued a report today raising concerns about the ability of Ofcom to respond to changes in the postal market.

The concerns stem from the privatisation of universal service provider Royal Mail in October 2013, the rise of the company’s rival postal operator Whistl, the firm previously known as TNT Post, and the recent collapse of the parcel carrier City Link.

The Committee of MPs called for Ofcom to assess its ability to protect the universal service in the light of the changes in the market.

Their report said that rivals’ “cherry picking” of the most profitable routes affected only a “very small” percentage of Royal Mail’s universal service at present, but “this could change quickly”.

Although Ofcom has the powers to impose conditions on rival postal operators to support the universal service when it is seen to be under threat from their competition, the MPs said they were yet to be convinced that Ofcom could bring in conditions quickly enough.

“While our evidence indicated the universal service is not under immediate threat, we believe Ofcom needs to outline in more detail how it would respond quickly to changes in postal market conditions which may endanger the USO,” said Adrian Bailey, the chair of the committee.

“Ofcom is required to perform a fine balancing act between ensuring the minimum standards of the Universal Service are maintained while encouraging a competitive market in the postal sector. However, the BIS Committee is clear that while competition should not be stifled, the fundamental principle of the Universal Service must be upheld. Ofcom need to move quickly to respond to any threat to the Universal Service and the Government should look to make changes to the regulatory framework to ensure Ofcom has the tools to do the job.”

The committee’s review into the UK postal sector suggested that while Royal Mail has improved its operational efficiency already, it should avoid increasing postal rates without continuing to improve its own efficiency “either to increase its own profit levels, or to protect the universal service obligation”.

The MPs also raised concerns about downward pressure on postal employee wages that could result from increased competition in the sector. The committee called on the government to extend Ofcom’s remit to consider labour costs and working standards within the postal sector.

“In the wake of the operating practices and subsequent collapse of City Link, we need to ensure greater competition in the postal sector does not lead to a race to the bottom in terms of the pay, terms, and conditions of postal employees,” said Bailey.

“To help guard against any downward pressure on the wages and conditions of postal staff, we recommend that Ofcom is given greater powers to comment on labour conditions and standards in the postal market.” 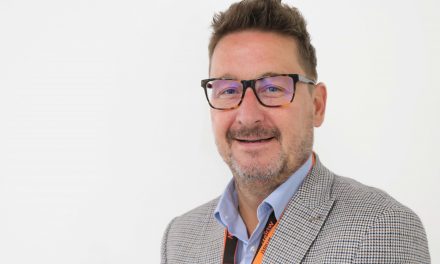