Discrimination? Or just the way it is? 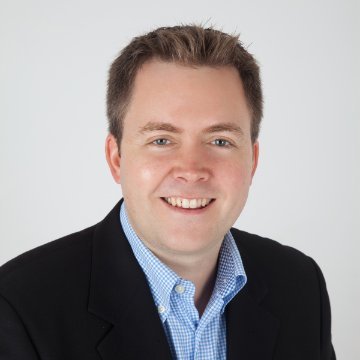 Jonathan Matchett, UK Managing Director of wnDirect, considers the current state of play in Europe with regard to establishing fair competition and a single market. Europe has been a hot topic of late with the ‘in or out’ debate still raging. David Cameron has confirmed he will do anything to keep us in the EU; even resorting to the heavy handed approach if the stories in the papers are to be believed.

One of the arguments for a place at the table is the fact that the European Union represents a single market and ‘exists for the benefit of all the European Union’s 500 million citizens’. The free movement of people, goods, services and capital between all 27 EU member countries can be enjoyed, with limited exemptions, by everyone living and working in the European Union.

Whilst this sounds like a good idea, as unveiled by the EU Competition Commissioner Margrethe Vestager, earlier this year, the EU is far from an even playing field. Europe’s competition watchdog has launched a probe into the tactics of large eCommerce companies to examine whether retailers are attempting to limit cross-border trade to push up prices. Europe’s competition watchdog has said that companies charging online shoppers higher prices for the same goods depending on where they live could be breaking the law. The Commission plans to publish a report mid-2016 and then, following a public consultation on the preliminary report, will publish the final report in quarter one of 2017.

So what has got them all hot under the collar? Despite all good intentions when it comes to the internet Europe remains a divided continent. Companies employ tactics such as geoblocking, which can prevent customers from using their credit card overseas or in some cases, from even visiting such websites. This can also occur in online services as well with consumers being prevented from using services such as BBC iPlayer or Netflix when they are travelling.

Vestager has said that the probe will focus on the barriers to the cross-border sale of goods and digital content which is erected by private companies and seek to abolish them. The investigation will also examine why the price of goods can vary so dramatically between country specific websites citing Amazon and Apple specifically.

A quick bit of online research confirms these price variations.

So should we be up in arms about this? Ranting about discrimination and the unfairness of it all? Initially I was undecided. Things cost different prices in different countries. Isn’t that just how it is? Sometimes, when we travel, this serves us well. Is this any different? After a bit of pondering I decided that actually yes, it is discrimination, and particularly irksome as consumers in the UK are typically charged some of the highest prices in Europe. If we are to be in support of Europe then surely we have to benefit from what it is meant to stand for, otherwise doesn’t it just become a collaboration of individuals who decide that cucumbers and bananas shouldn’t have abnormal curvature and that it is ok to eat a horse as long as you don’t own it (I kid you not!)

As online shoppers we have become increasingly demanding in certain areas. We want fast and efficient delivery and to feel confident in the knowledge that we can return items either for free or cost effectively. However, when it comes to cross-border shopping we have been somewhat more accepting if a website doesn’t ship to our country or reverts us to the site that matches our country of origin. In fact, ‘localisation’ has been pushed as a positive thing and, in the most part we would agree. It makes sense to shop on a site that is in our local language, uses our local currency and displays the items in sizes that are familiar to us. What has passed most of us by is that tailoring is also hiding a rather crucial fact – the price variation. Vestager does have a point. There are a number of digital borders in place which is keeping Europe fragmented; surely a paradox when you consider that the phrase Europe suggests we are, in fact, one collaborative?

So what is it Vestager plans to achieve? The Digital Single Market Initiative includes 16 proposals which are designed to ‘tear down barriers to online trade’. The proposals include:

There is no doubt that these legislative changes will have an effect on eCommerce businesses, potentially a costly one. But perhaps it is time that we all got in alignment? Particularly as Cameron looks pretty determined to keep us in Europe. Online consumers, particularly those comfortable with cross-border shopping, are incredibly savvy. They know better deals can be sought elsewhere (one of the main reasons they shop cross-border) and actively look for them. The internet allows consumers to freely check the prices of a multitude of physical goods and services. There are a lot of well informed consumers out there and they know all too well about price differences and the brands that reinforce them using the tactics described.

Vestager’s proposed changes would not only motivate fair competition it will also create enhanced brand loyalty and trust as customers no longer feel cheated but, instead, more respected. It will undoubtedly be interesting to see how retailers respond and whether they increase their European prices to the highest price point or not.

So whether us Brits will be getting our iPhones at the same price as Spain still remains to be seen.