FedEx Ground is proposing to build a new distribution hub in Middletown, Connecticut. The logistics company plans to build a 500,000-square-foot facility on a site currently occupied by a former Aetna office complex, most of which has been demolished.

The facility will serve as hub for the New England region.

Local media have been carrying reports about FedEx’s interest in the site for some months. However, it now appears that the company has applied for a special exception to build the hub and also for a four-lot subdivision of the Aetna property. It has been reported that Aetna will retain some land on the site because it still has a data centre there.

The local planning and zoning commission is expected to vote on the special exception and subdivision at a meeting on 11 August, according to local sources.

City officials appear keen to see the project go ahead.

“What they’re planning to do here will be extraordinarily positive for the community, for the region, for employment and for economic development,” Middletown’s Mayor Daniel Drew has said. “I cannot endorse this project enough.” 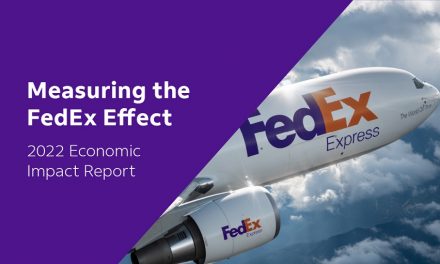 FedEx CEO: All around the world, we helped individuals, businesses, and communities emerge from the pandemic