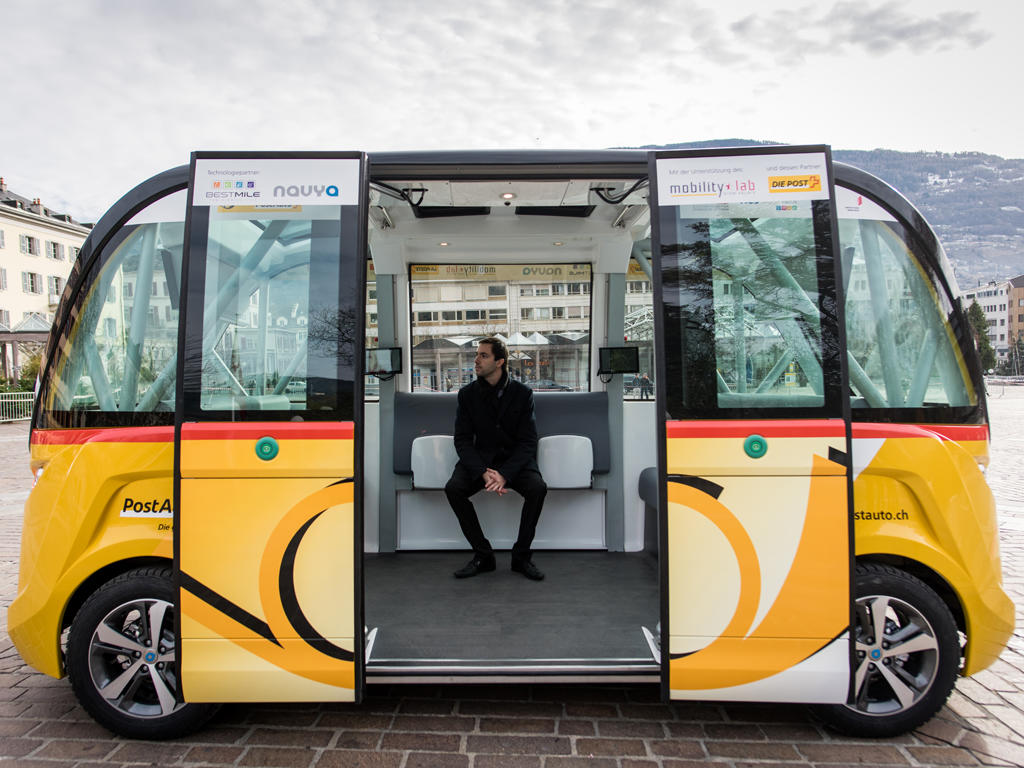 Swiss Post has announced that PostBus has today (23 June) started the official testing of its self-driving shuttle buses on public roads. In a statement issued today, Swiss Post said: “The statutory regulations for the use of autonomous vehicles on public roads have not yet been finalized. As a result, special permits are required so that the pilot project can be implemented in the city of Sion. Both the Federal Roads Office (FEDRO) and the road traffic department of the canton of Valais have granted approval to PostBus.”

The PostBus vehicles – which are both self-driving and fully electric – were first unveiled in December, and have been used involved in tests on private land over the past few months. Today marks the start of a programme that will see self-driving buses carrying passengers on Swiss public roads for the first time.

The test area taking place in a specified area of centre of Sion, the capital of the Valais canton, and will run until October 2017. Two shuttle buses will be used in the tests.

“Safety drivers”, who will be on board the shuttles on every journey, will assist passengers and they will be able to apply emergency brakes,  if required. There will also be a “teleoperator” who runs the fleet management system and  can stop the vehicles immediately on site or from a distance.

The PostBus initiative to use self-driving vehicles on Switzerland’s public roads for the first time could, perhaps, set a precedent that that Swiss Post’s other divisions may choose to follow.