UPU: “The Post must transform itself to be relevant in the future” 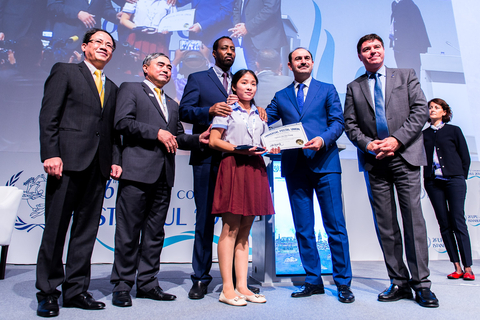 In a statement issued today (11 October) to sum up the Universal Postal Congress which took place in Istanbul over the past three weeks, the Univeral Postal Union’s (UPU) UPU Director General Bishar A. Hussein said: “The message to us has been that the UPU must transform and the Post must be able to transform itself if we are to be relevant in the future.” Around 2,000 representatives from 155 countries participated in the Congress, where they discussed more than 450 proposals. Following on from all the discussions, they adopted the Istanbul World Postal Strategy, which sets the course for the UPU’s work over the next four years.

As the UPU explained it: “The strategy—based on integration, innovation and inclusion—strives to improve interoperability of postal network infrastructure, ensure sustainable and modern products, and foster market and sector functioning.”

Member countries also adopted the Istanbul Business Plan, which guides the implementation of the Istanbul World Postal Strategy by setting work proposals, targets and financials for carrying out the strategy’s goals.

The Istanbul Congress designated Côte d’Ivoire as the host  of the 27th Universal Postal Congress in 2020. It will take place in Abidjan.

Member countries also decided to hold an extraordinary Congress in 2018, where they will debate issues left unresolved at the 26th Congress, such as the reform of the UPU. The event will be hosted in Addis Ababa, Ethiopia.

“We are en route to Abidjan with a stop-over in Addis Ababa. The course is set and our enthusiasm and dynamism remain untouched,” said UPU Deputy Director General Pascal Clivaz.

During the Istanbul Congress, the UPU DG and Deputy DG were both re-elected for a further four-year mandate.