Share a Refund has announced that Canadian businesses that ship with FedEx and UPS are now able to sign up the Share a Refund small parcel auditing service, which reportedly “automatically secures refunds on over 40 different billing mistakes commonly found on shipping invoices”. 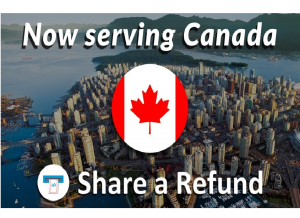 This is the caption. Without it you wont see the gray border box.

In a statement issued on Tuesday (27 December), the company said that the official launch of Share a Refund in Canada followed on from a pilot programme with “select businesses throughout Canada, in the provinces of Alberta, British Columbia, Manitoba, New Brunswick, Newfoundland and Labrador, Nova Scotia, Ontario, Prince Edward Island and Saskatchewan during the month of December”.

The company statement continued: “Share a Refund secures refunds from carriers in the form of credits that are applied to customers’ Fedex and UPS invoices. All work is done 100% on a performance basis, in that there are no upfront or ongoing fees, just a split of the savings secured by Share a Refund on a customer’s behalf.”

The statement also noted that the company’s expansion plans for 2017 include “adding over a dozen more countries to the Share a Refund offering and support for multiple languages”.