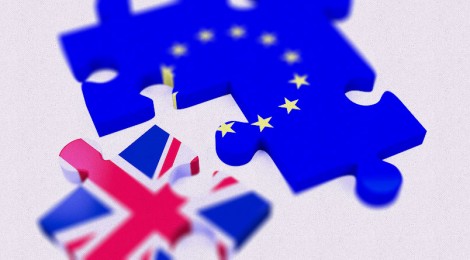 The British Chambers of Commerce (BCC) has published a “business blueprint” for the UK government ahead of the upcoming Brexit negotiations. The Business Brexit Priorities report, published today (28 February), has gathered together feedback from over 400 businesses at 16 Chamber-hosted focus groups, along with nearly 20,000 responses to Chamber surveys” and aims to put forward priorities for action across seven key areas where the BCC says business communities “want practical solutions and certainty”.

In a statement issued today, the BCC said:

“The key recommendations in the report are:

Commenting on the report, Adam Marshall, BCC Director General, said: “Business communities across the UK want practical considerations, not ideology or politics, at the heart of the government’s approach to Brexit negotiations.

“What’s debated in Westminster often isn’t what matters for most businesses. Most firms care little about the exact process for triggering Article 50, but they care a lot about an unexpected VAT hit to their cash flow, sudden changes to regulation, the inability to recruit the right people for the job, or if their products are stopped by customs authorities at the border. The everyday nitty-gritty of doing business across borders must be front and centre in the negotiation process.

Marcus Mason, Head of Business at the BCC, and author of the report, added: “Since the historic vote on June 23, we have worked with Chamber business communities all across the UK to determine their key priorities for the Brexit transition.

“This report brings those practical priorities together and urges the government to adopt them in the forthcoming negotiations.”

One of the claims that “Bremainers” (or those in favour of staying in the European Union) made ahead of the referendum was that a Brexit vote could spur some companies to shift at least some of their operations from the UK to EU territories. Some the BCC report suggests that this may be happening – or that firms are at least weighing their options carefully.

The possible impact of such a trend would be most visible in Northern Ireland and the Republic Ireland.

“In response to the uncertainty caused by Brexit, and concerns about continued access to EU markets, some companies are already exploring setting up production in the Republic of Ireland and other EU countries.”

The BCC also noted that, in the face of Brexit uncertainty, “a minority of companies have even taken mitigation strategies, such as setting up new receiving companies or their own logistics infrastructure on the continent, in order to ensure the same level of service to their customers and suppliers.”

From the soundings it has taken with its members, the BCC found that: “Businesses have expressed concerns about the capacity for HMRC and the Border Force to deal with any changes to customs arrangements. Chamber members have also repeatedly stressed the importance of the  UK as a distribution hub into the EU, and that we should make sure this is not impeded by future arrangements.

“There is a lack of awareness of trade and customs processes among some exporters who currently trade exclusively with the EU. For these firms, adjustments costs are likely to be higher and they may be unprepared for changes if they are suddenly implemented. Chamber members want certainty regarding any future procedures so they can prepare for any changes.”