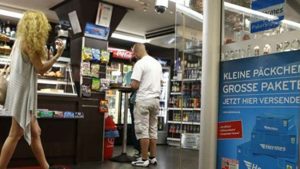 Hermes Germany has announced that it is pushing ahead with the expansion of its “PaketShop” network, with plans to increase the number of locations in Germany to 20,000 by 2020.

The company also announced that all Hermes PaketShops will be equipped with new scanner systems from Zebra Technologies by spring 2018 whic it says will speed up and simplify on-site parcel processing.