Transforming the future of city logistics? 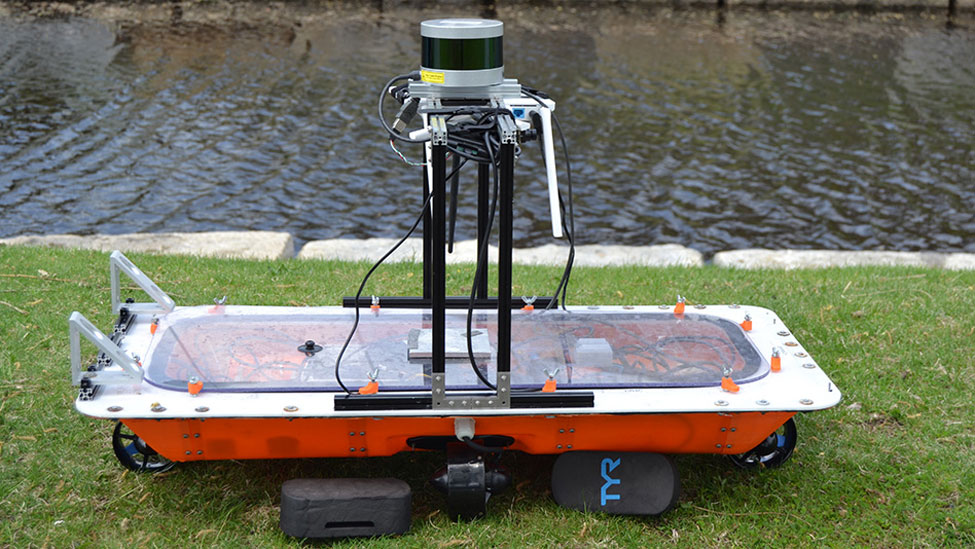 Researchers at the Massachusetts Institute of Technology (MIT) have presented a concept for what could be the acme of eco-friendly futuristic logistics: autonomous, electric, 3D-printed boats that can even self-assemble into other floating structures.

According to an article posted on the MIT news website yesterday (23 May): “Researchers from MIT’s Computer Science and Artificial Intelligence Laboratory (CSAIL) and the Senseable City Lab in the Department of Urban Studies and Planning (DUSP), have taken a step toward that future by designing a fleet of autonomous boats that offer high maneuverability and precise control. The boats can also be rapidly 3-D printed using a low-cost printer, making mass manufacturing more feasible.

“The boats could be used to taxi people around and to deliver goods, easing street traffic. In the future, the researchers also envision the driverless boats being adapted to perform city services overnight, instead of during busy daylight hours, further reducing congestion on both roads and canals.”

The article added: “The boats — rectangular 4-by-2-meter hulls equipped with sensors, microcontrollers, GPS modules, and other hardware — could be programmed to self-assemble into floating bridges, concert stages, platforms for food markets, and other structures in a matter of hours.”

As the article pointed out, the concept would be best suited to cities such as Amsterdam, Venice and Bangkok which have navigable canals and/or rivers.

CSAIL Director Daniela Rus has co-authored a paper on this technology which is being presented at the IEEE International Conference on Robotics and Automation taking place in Brisbane, Australia this week.

As previously reported by Post&Parcel, the MIT researchers have worked with Amsterdam Institute for Advanced Metropolitan Solutions (AMS) on the “Roboat” project, which tested how a prototype autonomous boat could navigate the city’s canal network.