HyperloopTT and Ukraine working together on commercial Hyperloop system 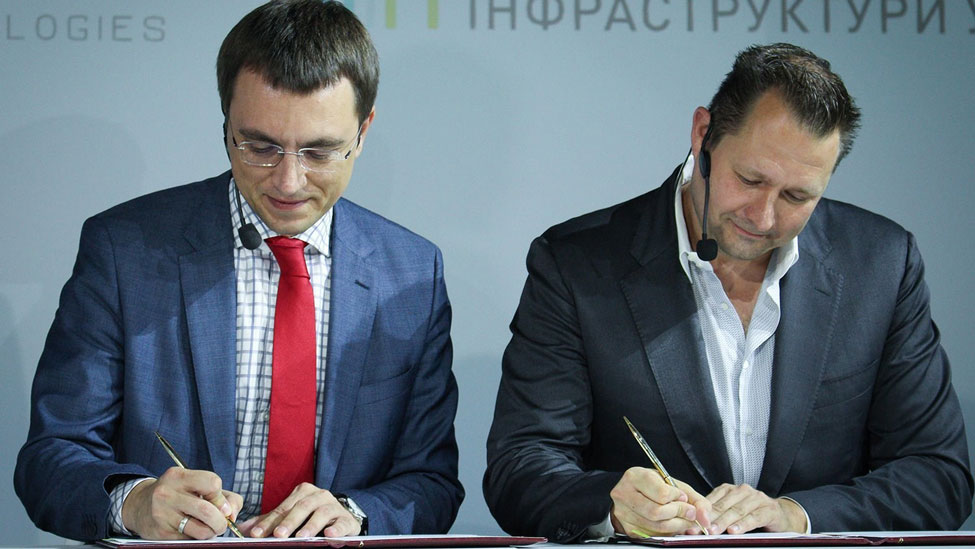 Hyperloop Transportation Technologies (HyperloopTT) has signed an agreement with Ukraine’s  Infrastructure Ministry to work on a commercial Hyperloop system.

In a statement issued on Thursday (14 June), HyperloopTT said it will work with Ukraine’s Ministry of Transportation to begin planning the construction of the system, which will be built out in phases. The first phase will consist of a 10 km track that will be used to create the required legal framework to certify the system before being extended out into a broader Hyperloop network. The project is planned to be financed as a public private partnership after the completion of the initial study.

“We have set a course to bring Ukraine’s infrastructure into the 21st century,” said Minister of Infrastructure of Ukraine Volodymyr Omelyan. “Hyperloop is a key component to our goals of creating a smart, and sustainable transportation infrastructure. We warmly welcome HyperloopTT to join us in this endeavour and are glad to have an agreement signed.”

“This year we started the commercialization of our technology with a focus on creating regulations which are the biggest hurdle remaining to bring this new mode of transportation to the world,” said HyperloopTT CEO Dirk Ahlborn. “These first commercial systems will allow us to create the necessary legal framework which can serve as a basis for other countries around the world.”

“We announced our first commercial agreement in Abu Dhabi in April and we are pleased to include Ukraine to our growing list of sovereign partners,” said HyperloopTT Chairman Bibop Gresta.

“Ukraine is at the crossroads of the new Silk Road transportation corridor and we can expect Hyperloop to play a major role in connecting Europe and Asia.”