A new report published yesterday (23 July) by the UK-based innovation foundation Nesta has argued that making “urgent medical deliveries from hospital to hospital” could be one of the most useful and important tasks that drones could perform in UK cities.

The report, “Flying High: Shaping the Future of Drones in UK Cities”, examined how drones are being used in five UK city-regions:

Post&Parcel has, of course, published regular updates on Swiss Post’s use of drones to transport medical supplies between hospitals in Swizterzland.

The Nesta report also considered the use of drones for a broader range of delivery services: “A lot of public attention has focused on the drone delivery of commercial goods – collecting, transporting and delivering goods from retailers to homes or between intermediary hubs.

“The city stakeholders consulted for the Flying High project mainly expressed an interest in situations where drones would be used to perform regular and/or unpredictable deliveries of critical items. This included urgent deliveries of medical samples or drugs between hospitals, or deliveries between a hub and variable emergency locations – for example, sending a defibrillator at the site of an accident or essential supplies to flood victims. If used to complement emergency services, drones could enable a faster and more targeted delivery of emergency supplies and more consistent services.

“Beyond emergency services, delivery drones were seen as way of improving the accessibility of different services and enabling the development of more inclusive communities. For example, drones could be used to deliver medical prescriptions or local produce to vulnerable people or to those in remote locations. The development of a drone delivery infrastructure could lead to reduced road traffic congestion and pollution in city centres, and faster and more consistent services for remote users.”

The Nesta report argued that London could help to “influence drone deployment in cities all over the world”. But in order to make the most of the opportunity, Nesta advised that the authorities should set up a steering group. This group would include Transport for London (TfL), the Greater London Authority (GLA), boroughs and national stakeholders, and it would focus on shaping London’s approach to drones, including drone policy and regulations, in the interest of Londoners. 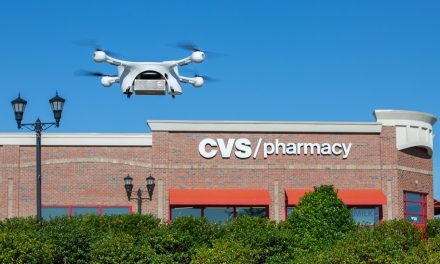 UPS to deliver prescriptions via drones in Florida 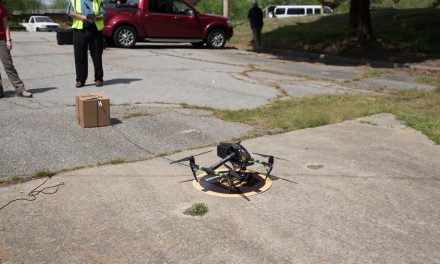