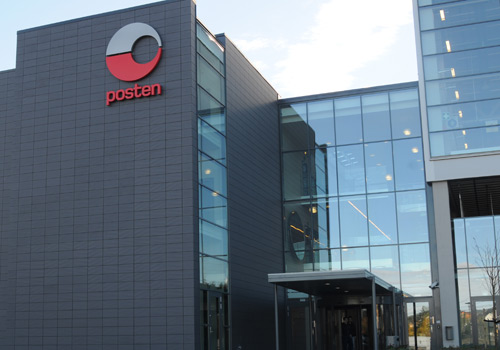 Posten Norge has revealed its results for the third quarter 2018. It said that the decline in mail volumes, and subsequent decline in revenue and the profit, is driving the need for further restructuring.

“Market developments are driving the need for further restructuring of the postal network. Each household on average is now receiving only three items of addressed mail a week. This level no longer justifies the need for daily mail distribution. Alternative solutions will have to be found for customers with special needs, such as newspapers,” says Tone Wille, CEO of Posten Norge.

The logistics segment increased revenues by NOK 451 million to NOK 12 604 million year to date in 2018. Organic growth was 4.9 per cent. Adjusted operating profit for the logistics segment was NOK 87 million in the third quarter, NOK 10 million higher than the same period in 2017. The performance was impacted by a weak start to the year, mainly due to additional resources needed to implement the new terminal structure.

“It is gratifying that in the third quarter we can begin to see the effects of the previously announced streamlining measures in several areas, and that the adjusted profit for the logistics segment has increased compared with the same quarter last year. However, the overall profit for the logistics area is still not satisfactory, and work on improvement measures continues,” says Wille.

The Norwegian parcel and freight network is undergoing an extensive restructuring process that will continue until 2020.

Revenue so far this year was reduced by NOK 979 million compared to 2017, to NOK 5 986 million. The main reasons were lower volumes, the sale of Bring Citymail Sweden and lower revenue due to the introduction of a single addressed mail stream from 1 January 2018.

“I expect the proposal for amendments to the Postal Act to be presented and discussed in the Storting (the Norwegian parliament) this fall. This is necessary in order for us to have adequate time to prepare for mail delivery every other day from 2020. The alternative is that the state’s payment for the purchase of unprofitable universal service obligations will continue to increase. Fewer fixed distribution days will not preclude good delivery solutions for mail and e-commerce parcels in the future too,” says Wille.