Brexit: senders are struggling to come to terms with tariff codes and a host of other new requirements

Brexit delays and costs are escalating rapidly, warns international courier services specialist ParcelHero. The parcel comparison site says couriers and retailers are now struggling with the burden of complex new paperwork, with 20% of parcels and the same proportion of trucks being stopped at some ports.

ParcelHero is warning that, after an eerily quiet first few days in January, border issues suddenly rocketed towards the end of last week, leading to many returned parcels and lorries being turned away at customs.

ParcelHero’s Head of Consumer Research, David Jinks MILT, cautions that post-Brexit delays and increased costs are beginning to hit shoppers and retailers alike and the situation is likely to get worse as trade increases post-holidays.

“In October 2016, as negotiations got underway, Brexit Secretary David Davis promised: “There will be no downside to Brexit, only a considerable upside.” It certainly doesn’t feel like that at the moment.

“Senders are struggling to come to terms with tariff codes and a host of other new requirements. Both individuals and companies now need to fill in new documentation including detailed item descriptions and the reason for sending their parcel. Traders also have to include details such as EORI numbers, proof of origin and tarif codes. As a result, one of ParcelHero’s courier partners revealed on Friday it was seeing up to 20% of its parcels being sent with incorrect or incomplete data attached. The company had to return all these parcels and, due to the escalating problems, suspended all its European road services.

“At the same time, the Road Haulage Association (RHA) announced that one in five trucks was being turned away from the Dover-Calais crossing and the ferry company DFDS warned : “We are experiencing a high volume of vehicles being refused and delayed at the Ports of Calais, Dunkerque and Dover, due to incorrect paperwork being presented at check-in.”

“There’s little wonder that we have had reports of increased pressure on turnaround and transit times because of the increased bureaucracy. And, just to increase the tension, French customs said they were approaching paperwork with a light touch last week and will be considerably stricter from now on.

Customers using parcel comparison sites such as ParcelHero do have other options, fortunately. Most express parcels handled by international couriers are sent to the EU via airfreight rather than ‘surface’. So far, these services have been less impacted by delays. Currently, airport customs are not as stretched as those at ports.

“However, many international parcels are being hit with new surcharges. Due to the new costs and investments required, most international couriers have introduced an additional surcharge on all shipments between the EU and the UK. These are averaging a minimum charge of around £4 on parcels crossing the EU-UK border, with rising fees for heavier packages.

“That will push up the final price UK shoppers pay for purchases from EU sellers and increase costs for UK exporters to the Continent.

“One final concern for everyone is the looming issue of parcels shipped to Northern Ireland. The British Government has granted a three-month grace period on the need to complete customs declarations when sending parcels to customers in Northern Ireland from the rest of the UK.

“Some GB retailers have already suspended sales to Northern Ireland in anticipation of further red tape, however, and B2B shipments of goods valued at over £135 are already subject to the new procedures.

“The Government says it “Recognises the unique circumstances of Northern Ireland, the impacts of any disruption to parcel movements in the context of the Covid-19 pandemic and specific challenges for operators moving express consignments… HMRC is engaging with operators to finalise arrangements.”

“However, given that original assurance: “There will be no downside to Brexit, only a considerable upside”, not everyone is holding their breath. 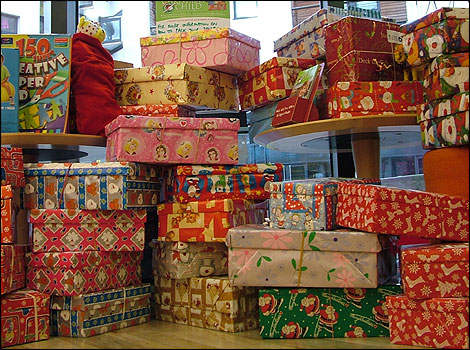