DHL Express Austria: we are making our air freight network in Europe more flexible and stable 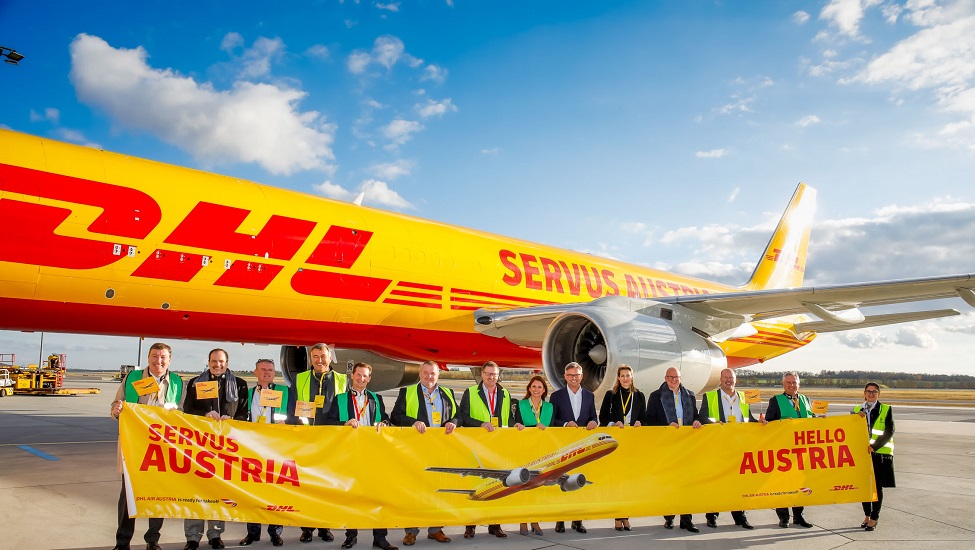 DHL Express celebrated the launch of its newly established cargo airline DHL Air Austria this week, which is now headquartered at Vienna Airport.

The inauguration flight of the first registered Boeing 757 under Austrian flag also took place in the presence of key partners from the responsible aviation authorities such as the Federal Ministry for Climate Action, Environment, Energy, Mobility, Innovation and Technology and Austro Control.

The founding of DHL Air Austria is an important milestone for DHL Express in Austria, which began 41 years ago: “With this important step, we are making our air freight network in Europe more flexible and stable, while at the same time continuing to meet our customers’ high demand for cross-border express deliveries and providing them with sufficient capacity,” says Ralf Schweighöfer, CEO of DHL Express Austria.

“The new airline DHL Air Austria is an important boost for our aviation industry and the domestic economy. The location decision for Austria is a strong signal for our country. The new headquarter at Vienna International Airport will also create an important value for the region,” emphasised Dr. Magnus Brunner, State Secretary for Aviation.

The new cargo airline DHL Air Austria will handle European cargo flights in future with eighteen Boeing 757 aircraft and around 176 pilots. The employees at the Vienna International Airport will manage the airline’s daily operations, from crew scheduling and flight planning to crew training. They are also responsible for safety, quality, compliance and the planning of aircraft maintenance. In addition, DHL Air Austria is creating around 54 new and sustainable jobs in Office Park 4 at Vienna Airport, one of the most modern and sustainable office buildings in Vienna.

“The establishment of DHL Express’ first Austrian airline and the receipt of all licenses is a historic moment for all of us. The efficient implementation of this important milestone would not have been possible without the tireless efforts of our team and, above all, without the great support of the responsible ministry as well as Austro Control”, says Barbara Achleitner, Managing Director of DHL Air Austria. “It makes us particularly proud that we have managed such enormous achievements together as a team within nine months and that we are creating 54 new jobs at our headquarters at Vienna International Airport.”