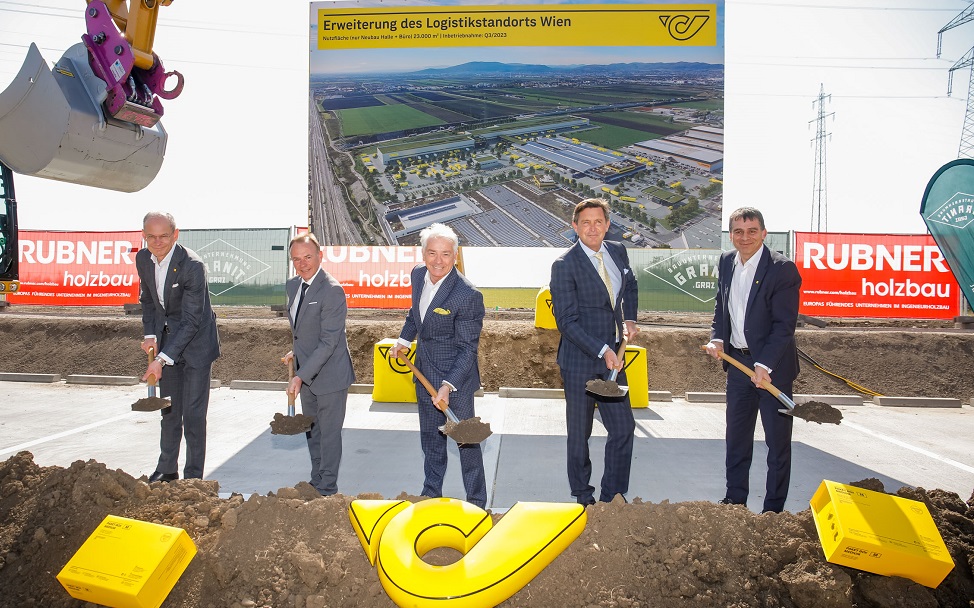 In addition to Austria’s largest mail logistics centre, the foreign centre, the truck fleet of TransportLogistik Ost and the printing and inserting centre of D2D – direct to document, the entire area will also include the new, innovative parcel logistics centre and together cover more than 200,000 m². The hall of the parcel logistics centre, which has been in existence since 2002, will be retained, and from 2023 it will be used primarily for delivery. The project will secure over 1,500 existing jobs and create more than 100 new ones. Austrian Post is investing a total of almost 70 million euros in the construction project. The ground-breaking ceremony took place in the presence of KommR Peter Hanke, City Councillor for Finance, Economics, Labour, International Affairs and Wiener Stadtwerke, Gerald Bischof, District Head of the 23rd District of Vienna, as well as the General Board of Austrian Post, General Director DI Dr Georg Pölzl, Deputy Director General and Board Member for Mail & Finance, DI Walter Oblin, and Board Member for Parcel & Logistics, DI Peter Umundum. “The new construction of the parcel logistics centre is a clear commitment by Austrian Post to Vienna as a location and an enrichment for all Viennese. This not only secures jobs, but also creates new ones. The sustainable design of the centre also contributes to the city’s climate goals,” says Peter Hanke, city councillor responsible for economics and finance. “With the construction of the new parcel logistics centre, the location in Vienna-Inzersdorf will become Austria Post’s largest logistics location. In addition to innovative automation solutions and the expansion of sorting services, we also implement environmental and sustainability measures. Therefore, this location is not only getting bigger, but above all greener. During the construction work, we are saving space, creating green roofs and installing a new photovoltaic system. This project is a model for sustainable logistics,” explains DI Dr. Georg Pölzl, General Manager, Austrian Post. “I am pleased that this project brings more jobs to the district and that landscape architects and gardeners were involved in the planning, resulting in a project that is as ecological, sustainable as possible,” says district head Gerald Bischof. The new construction of the parcel logistics centre will have a capacity of 25,500 parcels per hour in the first expansion stage, which is more than a doubling of the previous parcel sorting capacity at the site. For the first time, an innovative hybrid model is used in which three different sorting machines are used according to the size of the packages: A conventional cross-material sorter handles 15,000 parcels per hour, a further 9,000 parcels per hour run via its own small parts sorter, which sorts smaller parcels with a maximum weight of five kilograms. Further specialization is achieved by a bulky goods sorter that automatically sorts and distributes 1,500 particularly large and bulky packages per hour. Employees receive additional support through the installation of two Rapid Unloaders, an intelligent, automatic parcel unloading system that takes over the unloading of swap body bridges (WAB). This means that 6,000 parcels per hour can be unloaded completely automatically. In addition, an office building as well as an assembly and washing plant for the truck fleet of transport logistics will be built. The first preparatory work for the new building was already started in autumn 2021. 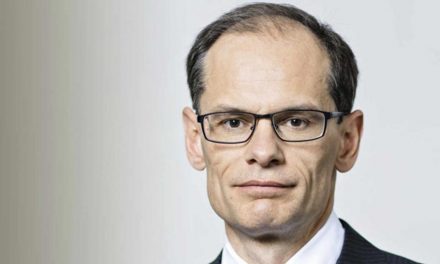