Do all good things come in little packages?

Focusing on Guernsey Post, Post&Parcel editor Chris Dolan speaks exclusively to chief executive Gordon Steele on the differing effects of recession and best business practice within a smaller organisation. Across the world a number of top-level executives are leading their postal companies through tough economic times. A majority of them will be pushing forward with cost cutting initiatives, sanctioning major staff redundancies, and confirming multi-million pound investments in search of more efficient solutions for the future. On the other side of the scale, what are the smaller posts doing to strengthen their own positions during the recession? And can larger posts learn from their smaller counterparts in terms of best practice within business?

As chief executive of Guernsey Post – a traditional small postal service serving a population of about 60,000, with about 28,000 addresses – Gordon Steele has the task of steering the island’s organisation through the recession. He said: “We are the only postal provider and clearly, with a population of that size, the regulator has deemed that only one operator should be there. We provide all the services you would expect from any postal authority – collection, processing and delivery.”

Steele explained the notable difference between his organisation and other market players: “60% of our volume is attributable to the bulk mail industry, which is really about the fulfilment of Internet shopping orders, particularly from the United Kingdom. That is what our business is fundamentally based on. All of the products that are sold online we fulfil through our operations.”

So with the mainstay of their business focussed around e-commerce – which has been fuelled by the recession as customers look for more competitive prices – has the economic turbulence affected Guernsey Post in the same way as their European counterparts?

“It has been interesting,” said Steele. “In terms of the recession it probably has not affected us that much so far partly because of the island’s location, but also because so much of our business is based on the fulfilment of Internet orders. The recession has driven more people to look for value and they are finding that through the Internet, so actually its not had a negative effect. What we are seeing though is the same long-term trends affecting all postal authorities.”

Guernsey Post might differ from its peers in terms of reliance upon Internet fulfilment orders, but how is it coping with the decline in letter mail volumes? Steele said: “We are seeing a 6% to 12% decline in volumes in some of our mail streams in our own operations and that’s one that we struggle to deal with – the same as any other organisation.”

The company’s hard work and efforts were praised during the 10th World Mail Awards this year in Munich where Guernsey Post finished runner-up behind Swiss Post in the People Management category – a remarkable feat for a small scale organisation. Steele said: “Coming second for such a significant award is a real achievement and recognises the hard work and determination of people right across our company to transform Guernsey Post over the past two years. This is one of the postal industry’s leading events and we are pleased that the work we have done to transform Guernsey Post has not only been recognised but is of such high standard that we can hold our own against the biggest players in the postal market.”

So after being recognised by industry leaders at the Awards, does Steele believe larger posts can learn from the smaller posts in terms of best practice within business? “We would say yes to that. I think there are a number of things about small businesses – we employ just under 300 people, which makes things sound very easy, and I remember when I came for my interview and people told me this is a business you can get your arms around. The reality is quite different. You are trying to get your arms around an entire community. It has the same sets of stakeholders, whether they are pressure groups or politicians, or regulators, or consumer bodies, as any one of the large companies. We are open to changes in the market as any other company is. While on the face of it we should be able to get our arms around it, the reality is we can’t. We have the same issues as big companies. The difference we think is how we go about solving those problems. We are passionate about creating belief and credibility, belief that we have a future, belief that we know how to run our business, belief that the people in the business have got a future with it, and have a contribution to make, and credibility in the leadership of the business. How you create these through people in the business is probably one of the most important lessons to learn. I found, having worked for Royal Mail, and very large companies in the UK, it is quite easy to ignore those things and say, “it’s too difficult. I don’t know all the people in my department, there are too many of them, or they change to fast, or the organisation is so big I can’t affect it or influence it to a great degree.” My lesson from a small business is that is absolutely wrong. You can influence it. You can make a difference, but you do have to focus back on creating belief and credibility. Those are the things we focused on in achieving our second place in the World Mail Award for people management. It’s those things that do make a difference. You must not forget it just because you are on a bigger scale.

“Furthermore, you have to convince your clients that what you are offering is the best that they can find anywhere, and most efficient and effective. This becomes much more apparent in a small business but applies definitely to large conglomerates across Europe.”

What successful Guernsey Post initiatives does Steele think could be implemented by, and benefit, the larger organisations? “There are two things that we have tried to do,” he said. “The first is to reward entrepreneurialism, and we really have gone out of our way to identify and reward entrepreneurial ideas, alongside creating belief among our employees that they can change the business. We don’t see any reason why we, as a relatively small business, should not be as entrepreneurial as anyone else. We have initiated a programme of diversification and we have been quite opportunistic about that. We heard that the largest foreign exchange business had come onto the market last year, and so, very quickly, we snapped it up. Maybe we are able to move faster than others, but the opportunistic approach is one not to be missed. We all spend a lot of time on corporate planning, but we must not miss the opportunities that do come up. We have recognised and rewarded that. We have also adopted the model of ‘happy employees make happy customers make happy shareholders’. That is the approach we have taken. These initiatives are equally applicable to larger companies.”

Of course the recession has affected Guernsey Post, but with the key part of their business focussed around Internet fulfilment orders, the islanders find themselves in an enviable position. They might have been unable to avoid the trend of falling letter mail volumes, but with e-commerce continuing to grow, they can look forward to a bright future. Furthermore, it seems that Steele is running a well-oiled organisation that puts faith in its staff to deliver and develop the business. The personal nature of Guernsey Post has lead to positive results, and larger organisations should not be afraid to follow suit in their own search for best practice within business. 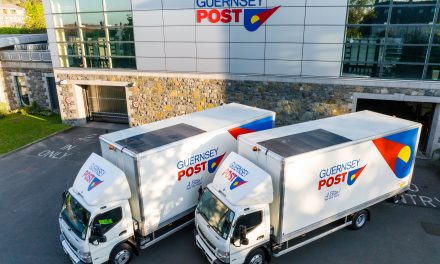 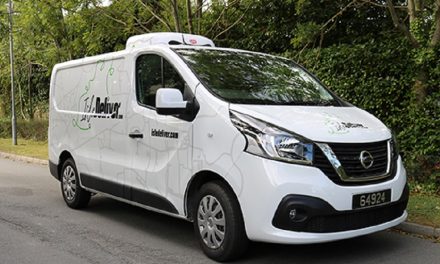 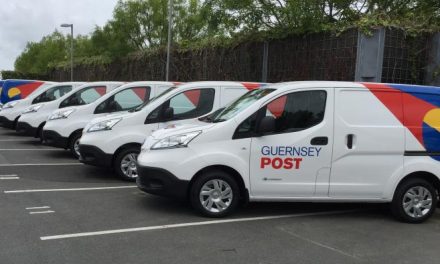