Are you fed up of the snow and want to revisit those warm, hazy summer days? Then come and read the second installment of Post&Parcel’s review of the year. Summer is a time for relaxation, isn’t it? Well, not at Royal Mail this year as the first of many national strikes got underway. Also, the “to be, or not to be” scenario over part-privatisation rumbled on. UK business secretary Lord Mandelson said the partial sell-off of Royal Mail would not proceed in the current economic climate, amid rumours of meager bids and lack of interest. The business secretary announced in the House of Lords that the state of the economy had made it “impossible” to complete a deal on favourable terms. The sell-off had prompted mass debate and a split in the Labour Party and was due to be completed before the MPs took their summer break. Standing firm, Lord Mandelson said the government remained convinced that selling off part of the Royal Mail was the best option and that that negotiations would resume once market conditions improved. We are still waiting!

Only days later, there was more bad news for the UK company as postal workers went on strike in July in a row over pay cuts and jobs. Approximately 12,000 members of the Communication Workers Union (CWU) participated in the strike in London. This wasn’t to be the end of the industrial action, as we all know to well.

This prompted Adam Crozier to condemn union leaders during a TV interview. The chief executive accused them hampering efforts to make the business more efficient during an interview with Sky News. He said: “In a nutshell what we have is a company that needs to modernise to survive and a union that, whilst on the face of it is saying it’s up for modernisation, is actually doing pretty much everything it can to frustrate those changes on the ground.” Crozier went on to highlight problems in the London area “What we really need is people to get on with that modernisation. We’re now in the final throes of that and we’re doing that in London, and in London the union and some of our people don’t want to make those changes. All we’re asking for is our people to work in London all the hours they are paid to work and I do not think for any company that that is an unreasonable request.”

Austria Post said it planned to outsource its letter delivery over the next years as it prepares for the end of its letter monopoly in 2011. The operator started by commissioning subsidiaries and private operators for delivery in 24 selected areas this year, covering about 5% of Austrian Post’s total letter volume. The group, which employs around 11,000 in its letter business, said it had no plans to make workers redundant, but would not fill vacancies coming up when employees leave the company, and instead gradually shifting capacity to third-party providers.

2009 wasn’t getting any better for USPS, as the company faced-up to massive cost-cutting operations in a bid to ease its financial burden. Matching work hours to workload and adjusting carrier routes to reduce the need for pivoting were among the topics highlighted by USPS deputy postmaster general and COO Pat Donahoe. With mail volumes continuing to decline, Donahoe said it was the time for people to step up and make the changes necessary to prepare for the future. This included making sure offices receiving mail processed by flats sequencing system equipment are prepared to function efficiently in this new environment, and to make and stabilise route adjustments. The company said in the summer that total mail volume was expected to drop to 175bn pieces in 2009, as compared to a high of 213bn pieces in 2006.

On to the Middle East and Asia, and Emirates Post introduced several value additions to its parcel service to India. These include guaranteed door-to-door delivery in 10 days, money-back guarantee in case of delayed delivery, an online track and trace facility, as well as call centre inquiry options. Ibrahim Bin Karam, CEO of Emirates Post, said at the time: “The Emirates Post office network offers the most reliable and cost-effective parcel service to India. We are pleased to introduce several value additions for the benefit of our customers.”

DHL celebrated a landmark 40th birthday … Australia Post’s outgoing managing director Graeme John has announced the national postal service’s plan to invest AUS$700m over three years in new IT systems … Deutsche Post said that it plans to exit the retail business and close all of the post offices it operates alone … USPS drafted a plan for switching to five-day mail delivery … The Kahala Posts Group forecasted revenue growth of 9% for 2009 despite the global financial crisis … A number of postal workers in the UK refused to deliver British National Party election leaflets because they object to its content … SingPost announced its investment in Postea, acquiring a 30% stake for $9.4m. 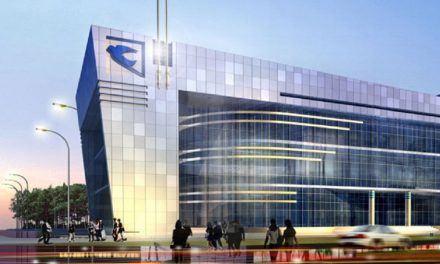 Emirates Post: e-commerce accounts for one in three deliveries in 2020