The rise and rise of the integrators: Part two

By 1980, TNT had decided that the best way of securing the intra-Europe overnight door-to-door market was on an agency basis. A number of European distribution companies were appointed to act as TNT agents, but the concept, which went under the banner of Europfast, lacked the necessary “closed system” and left TNT’s European quest in a moribund condition.

In 1979, a new player appeared on the European scene in the form of IPEC – TNT’s deadly overnight rival in Australia.

IPEC had been formed initially with just two permanent employees, deputy chairman Hugh O’Neill (later Lord Rathcavan) and his assistant, Mark Thatcher. O’Neill’s remit was simple: to found an intra-Europe door-to-door express freight company, IPEC Europe. His research led him to the Sayer Transport Group. An agreement was reached to acquire Sayer, with Ian Sayer joining the IPEC Europe board.

Meanwhile, Sayer had located a Netherlands-based transport operation which had nearly 50 depots – including an inland customs point at Northampton in the UK Midlands – throughout Europe. Although Gelders Spetra was a “slow” groupage operator, it was thought that with careful handling and training it could be upgraded to an express operation.

The company immediately developed, for the first time in Europe, a hub-and-spoke system, with the hub located at Arnhem in the Netherlands.

Aggressive marketing and sales proved their worth and IPEC’s revenues steadily increased. This was accompanied by rapid expansion into key areas like Italy and Scandinavia. In the middle of all this, Barton decided to acquire Skypak, an international air courier company which, at that time, had most of its offices in Australia and the Far East.

Following the acquisition in 1981, Skypak’s rapid expansion under IPEC ownership quickly saw it rise to become the second largest courier company in the world.

By 1981, IPEC Europe began to be affected by the worldwide recession which lasted until November 1982. Parent company IPEC Holdings in Australia felt the sharp pinch of considerable overgearing and following a cash call to support the group’s Australian casino operation, Skypak was put up for sale. Interest was shown by TNT and DHL and Skypak was sold to TNT in January 1983.

Although IPEC Europe was just about breaking even, IPEC Holdings was unable to support its cash flow requirements. KLM had expressed considerable interest in taking an equity stake in IPEC Europe, but in the end they were no match for Abeles’s negotiating skills and, in the end, he and TNT had another trophy to hang on the wall. It was this acquisition that ultimately launched TNT’s intra-Europe road empire that is still the market leader.

By the mid-1980s, most express and would-be express operators were either sitting on the fence or dipping their toes into the market. Nobody seemed to know quite how to provide a global express service without getting hurt in the process. As a result many operators got frost-bite in their feet.

Following IPEC Europe’s success, many airlines tried to provide a door-to-door service throughout Europe, but they all failed because they were all underfunded and relied on freight forwarders who had no empathy with the growing express market. In fact, many forwarder bosses convinced themselves it wouldn’t last. British Airways had Speedbird, KLM a joint-venture with Dutch corporate Vendex under the name of XP, which had been founded by another young entrepreneur, Jaap Mulders. Aer Lingus joined with Securicor in a clever (at least in theory) operation where the aircraft were used for passengers during the day and freight at night, but it never really worked in practice. SAS with Air de Cologne, Guiness Peat with European Expedite, and many more all failed to make the cut.

European air freight agents that didn’t want to miss the boat also ended up with egg on their faces. These included Pandair and AEI (which both ended up as part of DHL), the market leaders at the time. Other, US-based, forwarders that didn’t quite know which way to go and never made it included Emery, which put up a spirited challenge by buying Purolator and setting up an overnight air network. But it still ended up as part of UPS.

In 1984, DHL had about 130 offices throughout Europe offering international express services. Documents were the primary target and any parcels came purely by default. Parcel consignments were usually subject to an average three-day transit. Most of the offices acted independently. There were lots of spokes but no hub.

There was also DHL’s UK delivery company, Elan, which developed (mainly in the UK and Germany) to compete with TNT’s road network (even operating some freighter aircraft that DHL didn’t use). But it was never able to merge its “back door” customers with the “front door” of DHL’s. It was eventually sold and went out of business not much later.

At this time, DHL engaged a “retired” Ian Sayer as its European consultant. He recommended the implementation of an integrated air and road hub system which would pave the way for DHL to enter the intra-Europe express parcels market and refine its document services.

Initially, Sayer investigated the possibility of using Luxembourg airport as a hub, but a host of government regulations rendered this impractical. The Belgian government enthusiastically backed a DHL initiative to locate the hub at Zaventem airport.

The DHL Brussels hub opened in 1985 and remained in use until 2008, when it was relocated to Leipzig.

1985 also saw stirrings from the US. This was the year that FedEx started to operate a transatlantic service into

Brussels. It also acquired a UK distribution company, Lex Wilkinson, but it had a different philosophy to FedEx and was unable to provide the platform it needed.

FedEx continued to acquire distribution companies throughout Europe, but could not mould them into a viable integrated European express operation, and by the early 1990s had given in and closed down its domestic European operations, only to return recently with the acquisition of ANC in the UK. It remains to be seen whether FedEx buys more companies or franchises in Europe. It may eventually go the full nine yards and operate an intra-Europe trucking network. Buying TNT would be easier!

1985 was also the year that UPS decided to enter the European market. Initially it set up a number of joint-ventures with European air freight agents, such as Atlas Air (under Tony Keating). These operations were not really compatible with UPS ideology and it subsequently purchased these agents, creating quite a few millionaires in the process.

UPS acquired UK-based air courier IML, which was strong in Africa (owned by Andrew Walters), and in the 1990s, Seabourne Express. Seabourne was owned by Clive Bourne (1942-2007) who had started the company in 1962 and, again like Sayer, offering by 1970 better-than-air services, but UK mainland Europe.

The world still had other couriers which were copying DHL and building their networks. Overseas Courier Service under the leadership of Masaaki Abe was built as a joint-venture of Asahi Shinbun and other Japanese newspapers to distribute newspapers to Japanese expatriates around the world. It still exists, as does another, World Courier, led by another pioneer, Jim Burger. 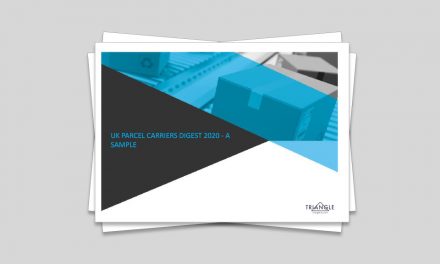 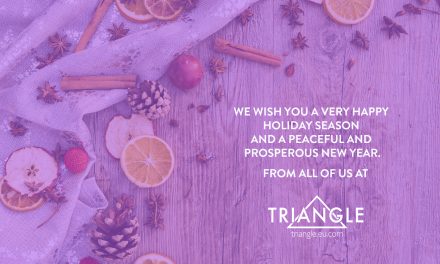 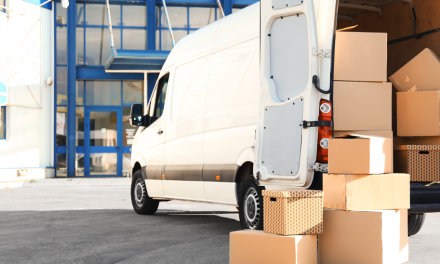