Texas-based mail processing company Panhandle Presort Services has expanded its flats sorting capabilities with a new EZ Flats machine for its Midland site. The company already has machines at its Amarillo and Lubbock locations, acquired in 2008 and 2010 respectively from Indiana-based firm Engineering Innovations.

The EZ-Flats machines can each process 700 to 1,000 flats per hour, but for smaller mailers is also worthwhile for volumes of 2,000 flats per day.

PPS, which works with more than 1,500 businesses to process mail, had previously been processing flat mail without receiving postal discounts for sorting, but the investment in new sorting systems meant discounts that could bring a return on investment in just 10 months of operation.

Scott Coursey, vice president for PPS, said the return on investment for such equipment was “unmatched” in the industry.

He said: “We considered presorting flats for several years, but the capital investment was too high for our expected volume. It was not until Engineering Innovation presented the affordable EZ Flats option that we were able to venture into the flats market.”

Parascript’s click model also includes a pay-as –you-go option that can “significantly” reduce the initial investment cost for the technology.

Ron Robbins, CEO of Engineering Innovation, Inc., said: “With our integrated solution, mailers of any size can achieve greater postal discounts and faster processing times with the highest read rates and accuracy.”

Lafayette-based Engineering Innovation, Inc., has around 130 of its EZ-Flats machines out in the field, and earlier this month launched a processing system for parcels. 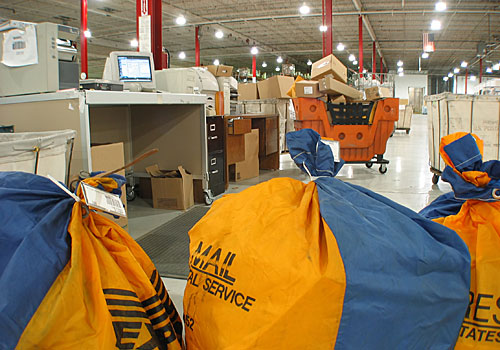