A key Republican in the US Congress has unveiled his proposals to reform the US Postal Service through creation of a new Solvency Authority. Darrell Issa, the chairman of the powerful House Oversight Committee, said his Postal Reform Act would bring “sweeping, structural reforms” of USPS to reduce its costs.

But, while Issa would give USPS freedom to move to five-day delivery services, he would not allow reforms to pension and benefit funding arrangements, or access to multi-billion dollar pension surpluses.

The Issa bill would create a new agency, officially titled the Postal Service Responsibility and Management Assistance Authority, with a mandate to slim down the USPS and bring it back to fiscal solvency.

Issa said his agency would be triggered to convene when USPS defaults on its government payments, and would be disbanded once USPS meets certain financial health goals.

Despite his belief on slimming down government, Issa also wants to create a new Commission on Postal Reorganisation to force through postal facility closures worth $1bn a year, which would include shuttering 30% of management facilities. The Commission would report direct to Congress.

“This legislation encourages USPS to modernize its retail network and enables USPS to act more like a business,” Issa said.

The Congressman from California’s other ideas include bringing postal worker wages in line with “the entire private sector” and benefits in line with other federal employees, which he said would save $700m a year. 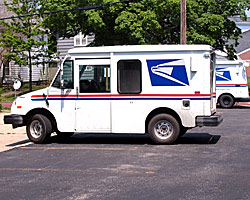 Announcing his legislation this afternoon, Issa said that the Postal Service was expected to lose $8.3bn this year and $8.5bn next year on present course.

He said: “Congress can’t keep kicking the can down the road on out-of-control labour costs and excess infrastructure of USPS, and needs to implement reforms that aren’t a multi-billion dollar taxpayer-funded bailout.”

For mailers, Issa’s proposals could see a hike in postal rates, with his intention to ensure all market-dominant products cover their costs, and for rates on services falling below 90% of cost coverage to go up by 5%. However, Issa also says the CPI price cap should be maintained.

Other proposals within Issa’s bill include requirements for the Postal Service to sell advertising space on its facilities and vehicles, provide more services for state governments and crack down on conflicts of interest in the awarding of contracts.

Issa said he believed his Postal Reform Act would save USPS $6bn a year, while his new Authority would bring costs into line to “avoid the prospect of taxpayer bailouts in the future”.

Mail industry group PostCom said today the Issa proposals represented “the most fundamental reform of the postal service that has been proposed since USPS was first created from the old Post Office Department”.