James Cartledge looks at the role of Austrian firm KEBA in pioneering the automation of the last and first mile of parcel delivery. The market for self-service parcel terminals is beginning to really pick up around the world, as postal services and parcel carriers consider the benefits of this 21st century solution to the last mile of package delivery.

E-commerce is undoubtedly behind this sudden momentum, with the vast volumes and potential revenue growth sufficient to push operators into completely rethinking business models bred on the regular nine-to-five of business-to-business parcels.

Parcel terminals, with their easy-to-use 24-hour access seem a logical answer to the massive influx into the parcel arena of consumers, with their frustrating habit of not being home during the day to receive goods ordered online.

With touchscreen controls to make the process easy to use for consumers and delivery staff alike, and parcel recipients alerted to their packages by text or email messages, the idea of automating the last mile brings parcel delivery into the modern age, cutting the operational costs and consumer frustration involved with missed delivery in the process.

KEBA, the Austrian automation specialists, have now reached the milestone of deploying 3,000 of its KePol parcel terminals around the world.

Along with Deutsche Post DHL, with whom it worked to establish a network of “Packstations” in Germany starting in 2001, the company deserves much of the credit when other manufacturers tell potential clients that this technology is “proven”.

In Germany, since the first 24 machines were completed in Dortmund and Mainz in January 2002, the DHL network has expanded to 2,500 machines in more than 1,600 towns and cities.

Yet despite DHL’s confidence in the technology, it took a relatively long time, and the shiny temptation of e-commerce volumes, to really allow the parcel terminals concept to take root in the logistics industry as a whole.

“Packstation – the German version of KePol – was a groundbreaking new invention 10 years ago,” says Walter Gritzner, the business unit manager at KEBA KePol Logistics Solutions. “Probably it was too early, or maybe too revolutionary for the mass to follow then, even though there were some early adopters like the Austrian Post and the Danish Post.”

Gritzner says DHL showed a “lot of foresight” in establishing its Packstation network so early, anticipating the changes in consumer behaviour and the coming increase in parcel traffic.

“It required courage and patience to go through the pioneer times,” he says. “Many postal operators simply chose to wait and see if the project would fail or succeed. The first years it took a lot of effort on KEBA’s side as well, to point out the benefits and convince customers of the assets – creating the market we are now seeing.”

Those early adopters in their respective markets – including DHL in Germany – have now gained the advantages of the best locations for their parcel terminals and consumer recognition of their networks, the KEBA business unit manager explains.

KEBA, meanwhile, has the reward of seeing its solution becoming proven, profitable and demonstrably convenient for consumers, making it easier for decision makers within posts, other carriers or even independent operators to go for this kind of solution.

Within the highly-competitive German parcel market, DHL is now working with KEBA to upgrade the established network with the latest generation of KEBA machines.

The partners are replacing their older terminals, which had a fixed size of 76 lockers each, with the new-style modular machines, which can have up to 300 lockers, but importantly because of their modular nature can be flexible in the number of lockers in each specific installation.

In a world where location is so important, and real estate often hard to come by, these modular terminals can now be optimised for the available space. 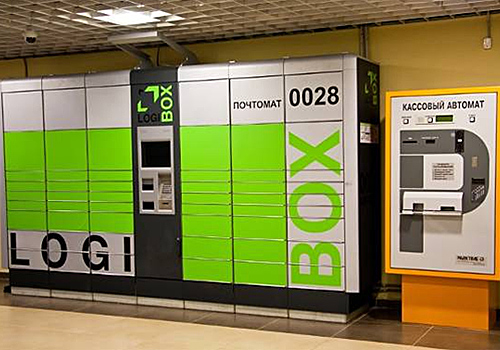 With the hard work of gaining market acceptance some way to being over, in recent months KEBA has expanded its efforts in other international markets, including in Russia, in Luxembourg, in Lithuania and in Dubai, among other places.

In Russia, the Pochtomat Company is in the process of rolling out 120 KePol machines around mainly urban areas in its first order with KEBA. The project sees Pochtomat operating the network of machines branded “LogiBox”, but allows online merchants to use a variety of logistics providers to deliver items to their customers via the terminals.

The Pochtomat Company, which is operating in an EUR 8bn Russian parcel market currently boasting annual growth rates as high as 30-35%, has already placed a follow-up order with KEBA for its next phase of expansion.

In nearby Lithuania, KEBA is also supplying its self-service machines to a partnership between transport firm Kautra and Lithuanian Post for their SIUNTOS24 parcel delivery network. At major shopping centres and bus stations across the country, 71 machines are now operational, and this winter saw something of a climatic test for the technology – coping well with record low temperatures, as low as minus 28 centigrade.

For the operating partnership, the parcel terminal concept means first and foremost an improvement in customer service.

“We believe that these terminals will be especially appealing to busy professionals and time-saving for both residents and businesses,” says Lithuanian Post director-general Lina Minderiene.

Luxembourg might be a small country with a half-million population, but it now has two networks of automated parcel terminals, both using KEBA technology.

Private logistics operator BPM-Lux is halfway through installing a network of five modular KePol/FS-08 machines, while P&T Luxembourg, the public postal operator started deploying the first of 12 modular KePol machines last autumn as it looked for parcel pick-ups and drop-offs freed from the restrictions of post office opening hours.

In Dubai, KEBA has partnered with local logistics firm KEDU to deploy 15 parcel machines under the “Parzel” brand by the end of 2011.

Obaid Al-Qahash, the KEDU managing director, sees the technology as a “smart solution” to the growing parcel volumes in the Arab World.

“Through our affiliation with KEBA, we will be able to furnish consumers and businesses with a real alternative that fits in more naturally with their daily lives and thus offers our customers extra convenience and enhanced efficiency,” he says.

Looking forward, Gritzner says that while Europe has led the way in automating the first and last mile, the rest of the world is “catching up quickly” as ecommerce continues to influence parcel volumes everywhere.

He says KEBA is following developments closely in the Americas, particularly in North America, and in Asia, where various pilots of parcel terminal technology are being run.

“The KePol system was designed with the international markets in mind,” says Gritzner. “Features like modularity, indoor and outdoor applicability in a broad temperature range, robust network connections combined with offline functionalities, multi-language capabilities and so on. These features reflect how this target was approached during the development of our systems.” 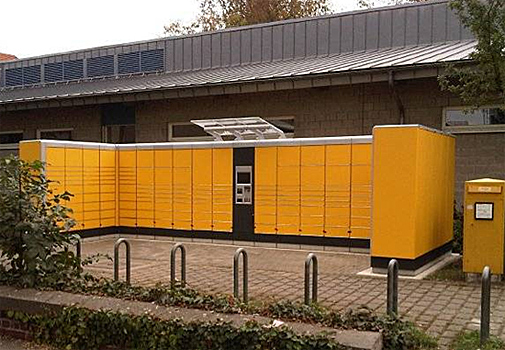 The current generation of KEBA machines, like this one on the Deutsche Post DHL network in Germany, can fit almost any space

With market acceptance for a concept like parcel terminals, inevitably comes competition, with companies like the US-Australian firm TZ and its partnership with Pitney Bowes, and Estonian firm Cleveron, with others also beginning to reveal their own solutions.

One of the most ambitious rivals in this space at the moment is Poland’s InPost, the private postal operator and part of Integer.pl Group, which is aiming to establish 16,000 machines across Europe over the next few years.

How does KEBA look to compete in a market suddenly set ablaze with smart-looking solutions?

Gritzner says some of the key benefits are the KePol Solution’s life-long value and safety – for example in dealing with the general public and also potential data security and failure protections – and its modularity.

The modularity of the technology is not limited to the number of parcel lockers each installation can have, although that does allow almost any size and shape of machine, to suit any site or budget. It also means that in time, as business develops, modules can be added or removed from terminals to adjust with demand.

He says, “Each package consists of a combination of machines and software as well as integration into the existing logistic IT structures of the customer and is adapted specifically to the stage of the project the customer is in.”

But perhaps its most unique asset in taking its newest generation of KePol machines into the market is the Austrian company’s track record.

With a decade behind it, Gritzner says his company now has “vast knowledge” about the environmental, legal and business requirements for automated pick-up and drop-off solutions.

“All that knowledge is incorporated in every detail of our solution,” he says. “KEBA’s KePol solution is the only one that has been out in the field for ten years with machines that have been in service for that time still running 24/7, at the highest availability levels.” 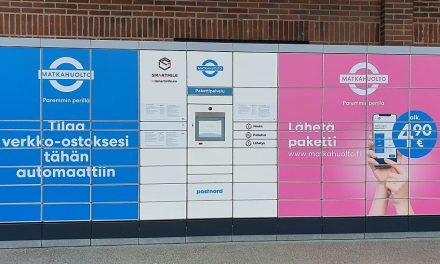