Royal Mail’s biggest rival in the UK postal market has announced a major rebrand, changing its name to “whistl”. TNT Post UK, the second biggest postal service operating in the UK, is owned by Dutch postal operator PostNL, which used to be part of the worldwide shipping giant TNT Group.

In Germany, TNT Post has been rebranded as PostCon, while in Italy it is rebranding into Nexive.

Keeping its previous orange and black colours, TNT Post UK said its new moniker has been the result of “extensive” research and development work over the past 18 months.

The firm said whistl suggests the idea of “happy people” as the word is a “natural reaction when people are happily going about their work”. Beyond the Snow White and the Seven Dwarves-style image of its work force, the company also suggested that the brand whistl is future-proofed and flexible for any future expansion into new market sectors or segments. 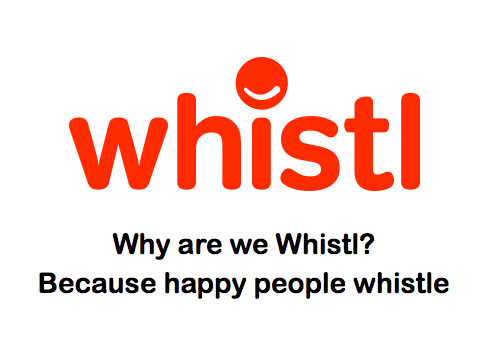 “We have reached another significant milestone in our history with the name change to whistl. The new brand reflects the team work culture of our business, our positive can-do attitude and our aim to do the right thing for our colleagues, customers and the communities in which we work,” said Nick Wells, the whistl chief executive.

“whistl is dynamic and entrepreneurial; we will continue to make a noise in the industry, whether this is through innovation or challenging convention, so our clients continue to love us and we continue to be successful.”

whistle’s rebranding has been overseen by the company’s director of marketing and communications, Melanie Darvall, with the brand launch developed by Leamington Spa-based Sutcliffes.

whistl while you work

whistl, as it is now known, is headquartered in Marlow, west of London, and has been providing postal services in the UK since 2004, taking advantage of the liberalisation of the postal market under European legislation.

The company is one of the biggest Downstream Access operators in the UK, collecting business mail from customers before sorting it and handing it to Royal Mail for the last mile stage of delivery. It claims to collect 22% of UK mail, processing more than 4bn items a year.

However, it has come to particular prominence since 2012 after it decided to take Royal Mail head-on in the last mile market, launching end-to-end collection-sorting-and-delivery operations in London. The service has now expanded to Manchester and Liverpool, with expectations of venturing further across the UK over the next few years.

The TNT Post service has been labelled by Royal Mail as a threat to the UK’s universal postal service, because it is focusing on the most profitable areas of delivery, urban addresses. The regulator, Ofcom, has so far rejected calls to hold an inquiry into the threat to Royal Mail’s services.

whistl’s delivery volumes still remain very small compared to Royal Mail’s, at less than 0.4% of the addressed mail market. But, Royal Mail’s argument for the company to be exposed to the same kind of universal postal service obligations is based on the fact that while smaller in scope, whistl’s delivery rounds are all in the most profitable areas, hitting Royal Mail’s most lucrative areas that would normally cover the financial cost of its most difficult, rural routes.

Over the weekend, it emerged that MPs are considering launching an inquiry of their own into the competition TNT Post/whistl is providing Royal Mail, despite last October’s privatisation of the universal service provider.

Permanent contracts for all of PostNL’s mail deliverers