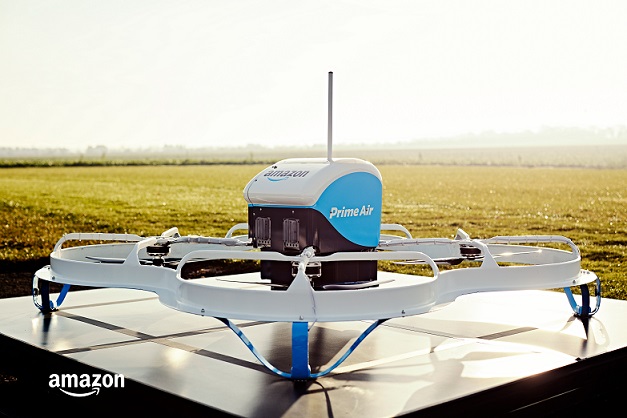 Amazon has posted a video of its first Prime Air delivery – a “full autonomous – no human pilot” 13-minute journey – in England. The video shows a parcel being delivered to a “Richard B.” of “Cambridgeshire, England” on 7 December.

As previously reported, Amazon choose to conducts drone delivery trials in the UK because it secured a deal with the UK authorities which allowed it to operate drones beyond the line of sight of the operator.

Commenting on it plans to expand the scope of the trials, Amazon said: “We are currently permitted to operate during daylight hours when there are low winds and good visibility, but not in rain, snow or icy conditions. Once we’ve gathered data to improve the safety and reliability of our systems and operations, we will expand the envelope.”

Besides its testing operations in the UK, Amazon also has development centres in the United States, Austria and Israel. The company added that it is “working with regulators and policymakers in various countries in order to make Prime Air a reality for our customers around the world, and expect to continue to do so.”