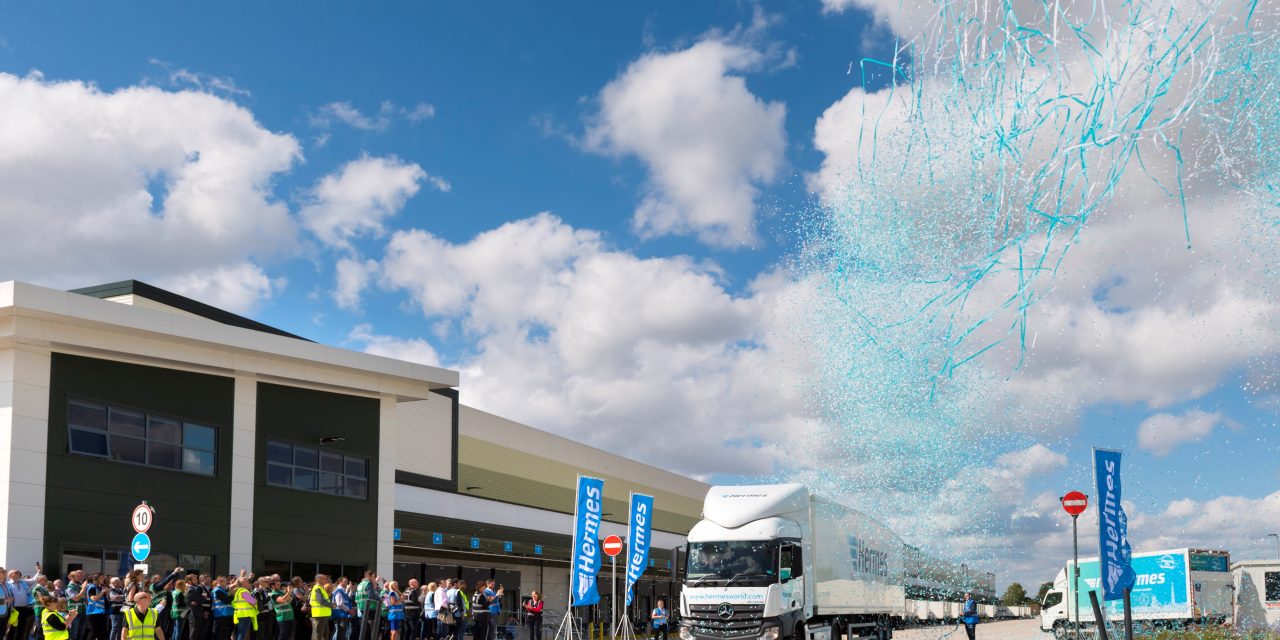 Hermes has officially opened its new automated parcel distribution hub in Rugby. The £31m facility is the biggest of its kind in the UK and represents the most significant investment in the company’s history.

Located at the Rugby Gateway, the Midlands Super Hub will have the capability to handle more a million parcels each day, raising the company’s overall parcel processing capacity by 45%.

The facility has space for future expansion opportunities, such as the installation of a third sortation tier that would increase the hub’s capacity by a further half a million parcels a day.

Many of the UK’s leading retailers and etailers – and Post&Parcel – joined Hermes CEO Carole Woodhead and Managing Director Martijn de Lange at the official opening of the Midlands Super Hub yesterday (17 August).

The retailers – and Post&Parcel – had a guided tour of the sortation system and also saw some of the company’s new and upcoming services and solutions to clients, including those devised by the Hermes Innovation Lab. There was also a chance to see some cutting-edge electric delivery vehicles and Starship Technologies’ robots.

Speaking at the opening ceremony, Carole Woodhead, CEO of Hermes, said: “We are extremely proud to officially open our Midlands Super Hub in Rugby, the largest parcel hub of its kind in the UK. This substantial project demonstrates our total commitment to delivering world-class delivery solutions, not just for today, but for the foreseeable future.

“A retailer’s top priority is to have complete confidence in their delivery partner’s capacity during peak. This £31m investment guarantees that we will continue to operate a highly proficient operation throughout the year, including those intense and prolonged spikes of activity.

“The facility significantly strengthens our network and infrastructure, vastly enhances our throughput capability, and guarantees that we are in the best possible position to support the UK’s retail industry for many years to come.”