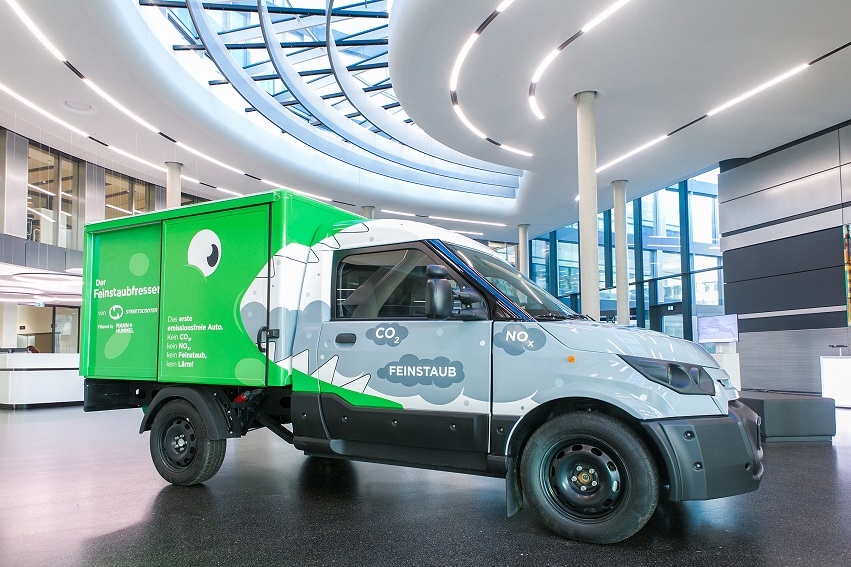 As previously reported by Post&Parcel, Deutsche Post DHL recently announced that over 5,000 StreetScooter electric vehicles are now operating as part of its delivery fleet.

Electric vehicles emit no carbon dioxide and nitrogen oxide, but they do still release particulate matter into the atmosphere due to tire, brake, and road abrasion.

Now, however, Deutsche Post DHL and StreetScooter are tackling the issue of particulate emissions by teaming up with MANN+HUMMEL and fitting its filters on StreetScooter vehicles.

According to Deutsche Post DHL: “Through use of the filter the overall balance of the vehicle with regard to the release of particulates is now neutral. The particulate filter retains as many dust particles as are produced by tire, brake and road abrasion.”

The filter modules will initially be fitted to five StreetScooter test vehicles which with immediate effect will enter service in five German city centres. The successful conclusion of the test could lead to the series implementation of the particulate filter.

According to Deutsche Post DHL: “This would mean that the StreetScooter is the first series car which is almost free of emissions.”

All particulate filters are equipped with sensors which allow the online monitoring of the efficiency of the systems. Here MANN+HUMMEL records information on the filtration performance, the amount of cleaned air, the concentration of particulates and the weather data. The data is then sent to a cloud, visualized via a web interface and then evaluated by filtration experts.

Achim Kampker, CEO of StreetScooter, commented: “With these new fine dust particle filters from MANN+HUMMEL, we can further improve the environmental performance of our StreetScooters. We are pleased to participate in this field trial and to pioneer what will become a major trend.”