David Jinks MILT, Head of Consumer Research at international delivery specialist ParcelHero, questions whether the double jeopardy of the coronavirus and the arrival of a Trump supporter as US Postmaster General will mean the break-up of the USPS.

“When the famous motto of the United States Postal Service (USPS) –  ‘Neither snow nor rain nor heat nor gloom of night stays these couriers’ –  was coined, no one could foresee two potentially greater threats to the service: Covid-19 and a Trump crony installed as Postmaster General.

The collapse of the USPS’s traditional core market comes in the teeth of an unprecedented pandemic, together with the arrival of a Postmaster General who keenly supports a President seemingly hell-bent on privatising or breaking up the postal service. On the face of it, it appears to be a perfect storm that may finally ‘stay these couriers’ after 245 years.

The impact of Covid-19 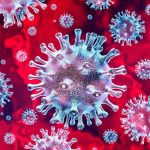 Let’s look at the coronavirus threat first. Back in April, many industry analysts feared the USPS would collapse under the financial impact of the pandemic. The service itself anticipated it would be very hit hard by the collapse of many profitable customer mailings, such as first-class letters, marketing leaflets and catalogues. The outgoing Postmaster General, Megan Brennan, told the House Committee on Oversight and Reform that the USPS stood to lose $13 billion this year due to the economic downturn resulting from the pandemic and that the agency would become insolvent before 30 September, 2020.  The USPS Board of Governors  made a request to Congress for $75 billion in relief.

The virus couldn’t have arrived at a worse time for the USPS. At the start of his Presidency, Trump commissioned a report that claimed:  ‘A privatized Postal Service would have a substantially lower cost structure.’ Trump’s antagonism towards the USPS isn’t just based on finance and ideology, however. It doesn’t need saying that his ongoing feud with the founder of Amazon, Jeff Bezos, who is one of the USPS’s largest customers, has only increased his determination to privatise, or at least sell off parts of, the postal service. Trump claims Amazon costs the USPS ‘massive amounts of money for being their Delivery Boy’. That delivery boy jibe is a reference to the fact Jeff Bezos also owns The Washington Post, a newspaper leading the criticism of Trump’s administration. 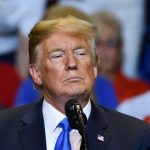 Congress reportedly originally agreed to a $13bn (£10.4bn) direct grant the Postal Service would not have to repay. That effort was blocked by Steven Mnuchin, President’s Trump’s Treasury Secretary, who allegedly threatened to block the whole national coronavirus relief bill unless this was removed. Instead, Trump offered the USPS $10 billion in additional debt, which would only be granted if it agreed to his demand to ‘raise the price of a package by approximately four times’. President Trump told reporters: ‘The Postal Service is a joke because they’re handing out packages for Amazon and other internet companies and every time they bring a package, they lose money on it…The post office, if they raised the price of a package by approximately four times, it would be a whole new ballgame… But they don’t want to raise it because they don’t want to insult Amazon ….If they don’t raise the price, I’m not signing anything.’

At the very least, many Republicans believe that the USPS should now be looking for significant service reductions, such as the ending of Saturday services and removing the legal obligation to deliver to remote areas every weekday. Many Trump supporters go further. A report commissioned by Trump called for the end of USPS parcel deliveries, which supporters of privatisation say could easily be taken over by existing courier networks.

ParcelHero’s assessment, however, is that the USPS makes more money on its parcel deliveries than any other sector. Our analysis is that delivering packages is good business for the USPS. Parcels make up just 5% of the Postal Service’s volume but account for 30 percent of its revenue. Many of its larger users have already said that, if the postal service is forced to quadruple its rates, they would look to other couriers or, in the case of the largest online platforms, build up their own networks still further. So that $10bn loan looks something of a devil’s bargain.

In the middle of this high drama, Trump ally Louis DeJoy was appointed as the new Postmaster General in June. Many US industry watchers believe DeJoy has got the top job in order to push through Trump’s radical shakeup plans. DeJoy has reportedly donated more than $650,000 to the Trump Victory Fund and was in charge of fundraising for the 2020 Republican National Convention. He’s the first person to take the role who hasn’t come from within the postal service for over 20 years.

There is little doubt that the appointment is highly contentious. Two high-ranking Postal Service officials — Board of Governors vice chair David Williams and Deputy Postmaster General Ronald Stroman —have recently resigned. This has led Democrat Congressman Bill Pascrell Jr. to write to the USPS Inspector General calling for an immediate investigation, saying:

‘I write to request an investigation by the United States Postal Service Office of the Inspector General to determine whether undue political interference played a role in the resignations of Governor David C. Williams and Deputy Postmaster General Ronald Stroman. Any attempts to sabotage postal operations or unduly influence the Board, especially by the Trump administration, would be an affront to the American people and undermine the USPS operations that account for 47 percent of the world’s mail.’

The USPS fights back

Perhaps neither the impact of the coronavirus nor the arrival of a Trump ally will be enough of a body blow to finally ‘stay these couriers’. Postal leaders, in revised financial data provided to Congress and obtained by The Washington Post, said rising e-commerce transactions may have — at least temporarily — changed the situation. Week to week, package deliveries increased 60-80 percent in May. At the start of the pandemic, the Postal Service had $9.2 billion in cash, which is approximately two months of pay for its 630,000 workers. It now has $13.4 billion in cash after tapping a separate $3.4 billion loan from the Treasury. The Washington Post calculates that if package volumes persist at 15 to 20 percent above normal levels in the coming months and the Postal Service does not do any more borrowing, it will delay its solvency crisis until October 2021. 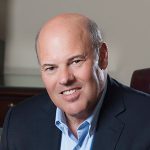 That gives breathing room for the USPS to think hard about taking that $10bn Faustian pact. New boss Louis DeJoy has considerable experience in the parcels and logistics industry. He spent more than 35 years running the supply chain company New Breed Logistics, which provided support for the USPS. When New Breed Logistics was sold to XPO in 2015, he served on the multi-national logistics provider’s board until 2018. He says he is committed to creating a long-term, viable operating model for the Postal Service that will ensure the organisation can fulfil its public service mission while remaining self-sustaining.

Once he has seen the notoriously secret contracts USPS has with Amazon and other major e-commerce players, who knows? He may yet decide it is in the service’s best interest to maintain its role as a universal service provider, with its losses on letter post subsidised by profits made on its substantial parcels contracts, including that with Amazon.

UK shippers have skin in this game. If DeJoy does push through Trump’s privatisation agenda, it could mean significant changes to some UK-US parcel services. Economy mailings of up to 2kg to the US would be worst impacted by significant price increases at the USPS, as a number of companies use the USPS for final delivery on these services. Apart from these light packet deliveries, it is likely to be traditional UK Post Office services which connect to USPS deliveries that will be most impacted by its potential break-up or by other changes, including delivering on Saturday or to remote areas. International courier services should not be as significantly impacted.

At least one other reason for interference in the operation of the USPS by the President has been resolved. Thanks to a deal thrashed out last year with the Universal Postal Union, new significantly higher rates have now been introduced on packets arriving in the US from China, another of Trump’s pet hates about the USPS. That might be enough to temporarily divert his attention. With an election just months away, perhaps the imminent demise of the USPS has been greatly exaggerated. The service may yet survive the ‘gloom of night’ of Trump’s Presidency.” 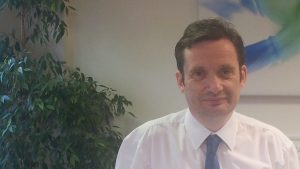 David Jinks MILT is Head of Consumer Research for the online parcel broker ParcelHero. He is lead author of 2030: Death of the High Street, and appears regularly on national radio and in the national press discussing the impact of e-commerce; as well as topics such as the potential consequences of Brexit for exporters, and music festival logistics. He regularly presents masterclasses and webinars for the Department for International Trade’s Exporting is GREAT initiative. David has over 20 years’ experience as a transport journalist, and was Publisher of The Chartered Institute of Logistics & Transport’s Logistics & Transport Focus magazine.