A new postal service launched its first deliveries in northern Belgium this month, with ambitions to become a full national operator. Vlaamse Post (Flemish Post) is one of the first new entrants in the Belgian postal market since it fully liberalized in January 2011, formed by publishing industry executives to mount a challenge to market incumbents they believe are no longer providing a sufficient service for direct marketers and publishers.

Branded in yellow, black and white, the company is starting out focused on the distribution of unaddressed print materials – including flyers, leaflets, magazines and catalogues – in the Flanders region, the Flemish-speaking northern region of Belgium.

Deliveries have begun in a large part of the province of Antwerp, with the intention of gradually expanding to serve the whole of Flanders.

In a second phase that the firm said is “still a long way off”, Flemish Post aims to expand into addressed mail services, and to operate through licensed franchisees in Belgium’s southern region, Wallonia.

In the long-term, it is also considering including parcel and courier services.

Vlaamse Post founder and chief executive Manuel Stuyts has been active in the publishing and advertising industry for more than 30 years, as chief executive of Stuyts Invest and Elite Reklaam.

The company told Post&Parcel that Stuyt’s business had been a loyal customer of established postal operators bpost and BD, but that services had become increasingly expensive and inflexible.

“Conditions regarding the distribution of unaddressed printed matter almost constantly changed at bpost,” explained spokesman Laurens Van den Wyngaert. “With no accurate distribution, inadequate customer service – in short, he saw a lot of room for improvement.”

Addressing the launch event in the Flemish town of Halle-Zoersel earlier this month, Belgium’s deputy prime minister for pensions, Vincent Van Quickenborne welcomed the new company’s entry into the country’s postal market, saying that ambitious players like Flemish Post were needed to provide necessary competition in the market.

“It may not always be evident as a newcomer to this field, but there are plans at Flemish Post that will wake up the major players and apply pressure: increasing the quality and decreasing prices,” the minister said.

In his speech, Van Quickenborne said Flemish Post had the “perfect understanding” that a company developing in the postal sector had to be at the forefront of technological innovation, and referred to the software system and “painstaking” creation of a mailbox database set to form the platform of Flemish Post’s services.

“This database will be the springboard for realising their ambition to ultimately take on the full spectrum of the Flemish postal market – offering, in addition to printed advertising, the delivery of letters and packages as well.”

Laurens Van den Wyngaert, the head of communications and marketing for Flemish Post, said this software innovation behind the new companies services was key to differentiating its offering in the marketplace – with a focus on delivery quality.

He said the software platform will allow online tracking of each delivery round, and is promising 99.9% delivery accuracy in its services.

“After distribution, our clients receive an automatically generated list,” he said, “on which they can check each mailbox on each distribution route.”

At a later stage, Vlaamse Post said customers would have access to the delivery data directly online, but this is not operational yet.

Discussing the company’s long-term plans, he said the visibility and reliability of Flemish Post’s services were necessary for the company to mount a challenge in the Belgian postal market.

“The focus lies on a systematic and natural growth, in which providing an open, accurate and user-friendly approach is essential,” he said. “A company that invests heavily in the development of a network for professional distribution of unaddressed printed matter throughout Flanders must continue to develop.”

During the launch press conference, Van den Wyngaert explained that the origins of Flemish Post and its concentration on the Flanders region was not a political move and not “anti-Belgium”.

He explained it was simply a natural starting point with two of the three companies backing the new postal service being based in the region.

In the Walloon region, Vlaamse Post will allow partners to buy franchises to make use of the software/database platform and the Post’s delivery infrastructure.

bpost group: taking the next steps in its transformation 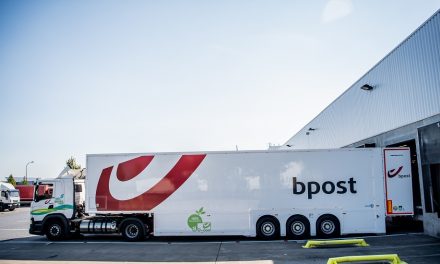 The Mail Group: This is an exciting next step in our journey 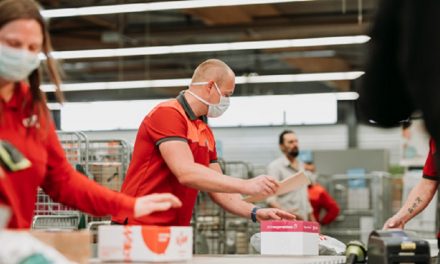