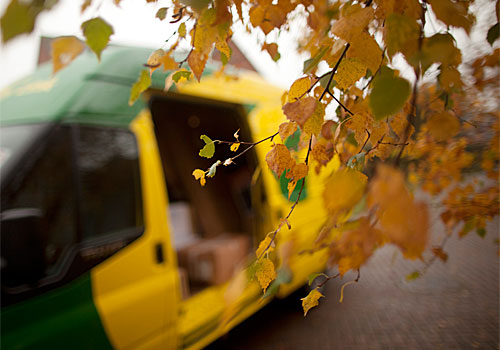 City Link’s administrators have confirmed that they are now beginning to inform employees about the administration and the potential for “significant redundancies” through meetings around the company’s network. Ernst & Young said “substantial” redundancies among the 2,727-strong workforce will be announced by tomorrow (31 December).

“Employees that are affected by redundancy will be offered appropriate advice and support in making claims for redundancy and notice pay,” the administrators said in a statement.

“Employees that are not immediately affected by redundancies will continue to be employed, and paid, to help return the estimated 40,000 parcels remaining in City Link’s depots to customers and intended recipients, as well as assist in realising the Company’s assets and winding down its operations.”

City Link, which had delivered around 76m parcels a year, went into administration on Christmas Eve, when it ceased to accept any further parcels from customers at either the Company’s head office and transport hub in Coventry, its three other transport hubs in West Drayton (Heathrow), Peterborough and Warrington, and its 53 depots throughout the UK.

The loss-making company re-opened depots to the public yesterday so that parcels can be retrieved. The administrators said depots will remain open for a “short period of time”.

The UK government has advised City Link workers that employees dismissed on the insolvency of their employer can apply for some payments from the National Insurance Fund.

The Fund is administered by the Redundancy Payments Service in the Insolvency Service, and could be paid up to the maximum of £464 per week.

However, the scheme does not cover payments due to self-employed contractors or agency workers.

More than 2,000 City Link employees are now facing redundancy. The company’s self-employed couriers also face the prospect of losing money owed as well as work from the insolvent firm.

The UK government has urged both employees and contractors to contact administrators Ernst & Young in the first instance, unions or representative agencies.

But, the union said Cable had refused direct government action over the City Link collapse.

“Mr Cable did give me a pledge that his department is actively encouraging other ‎options that may offer some hope. Clearly it is critical that the government sends out signals that they will promote and support any proposals that could have a positive impact on this dire situation. That is the very least that they can do,” said Cash today.

“RMT is making it clear again today that the fight for justice for the City Link workforce goes on. This despicable and callous treatment of an entire workforce by greedy bosses who are able to fold a company on Christmas Day, protect their own money and leave the taxpayer to pick up the redundancy bill exposes the cosy relationship between bandit capitalism and the political elite.”

A handful of companies have come forward to state the possibility that they could hire ex-City Link employees or contractors, and support City Link customers looking for alternative delivery solutions.

Northamptonshire-based two-man delivery specialists Panther Warehousing has said it is looking to hire 100 self-employed and employed drivers — 50 two-man teams — across the UK, along with 40 general customer service and warehouse staff.

The firm has grown its turnover from £11m in 2013 to around £20m this year, and currently has a workforce of around 900 employed and sub-contracted staff at a network of six depots.

“If we are to continue to develop and take advantage of the growth it is essential we have the necessary resource in place. It is therefore essential that we have a good pool of drivers and a network of strategic sites and we are pleased to be in a position to further increase our workforce at this difficult time.”

Delsol, a transport firm operating in Cheshire and North Wales as part of the APC Overnight network and The Pallet Network has said it is taking calls from City Link drivers and staff looking for work.

“This is a terrible situation for City Link drivers and staff and we are doing all we can to offer their skilled and talented workers jobs,” he said. “In addition we know City Link’s customers are being left in the lurch at one of the busiest times of year.

Nationwide sameday delivery firm CitySprint has issued a brief statement in recent days stating that it is currently looking for couriers.

E-commerce and bulk mail firm Secured Mail has said today that it would help City Link customers with their delivery needs. The firm, which has hubs in Warrington and Luton, said it has set up a dedicated support team to handle inquiries.

“We want to reassure City Link customers that we understand the problems they may be facing, and that they can come to us for a reliable delivery solution,” said Mark Bigley, Secured Mail Chief Executive.

“We will do everything we can to make the process as seamless as possible, and keep disruption to a minimum.”