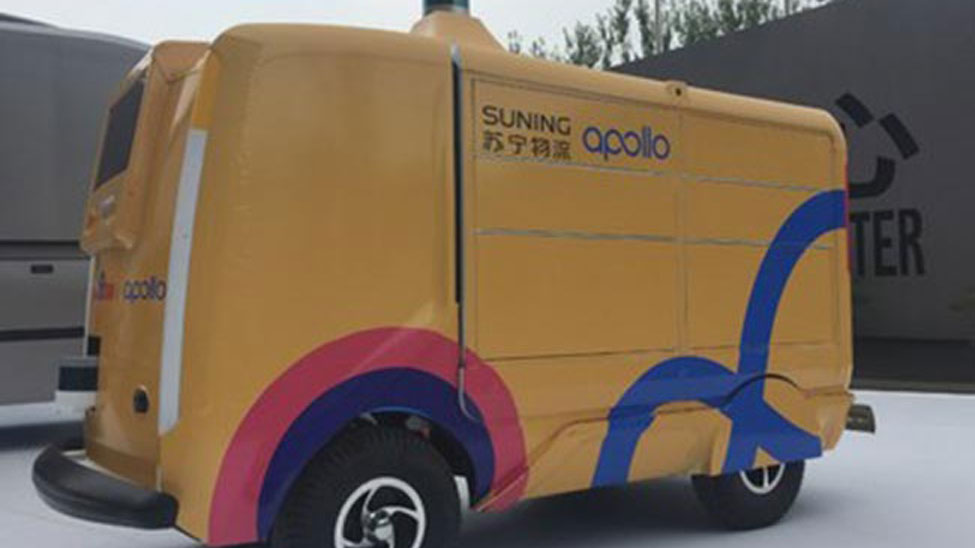 China’s Suning Logistics and Baidu Apollo will be working together on self-driving technology projects which they say “could see the mass production of unmanned delivery vehicles as early as 2020”.

In a statement issued yesterday (10 July), Suning said the partnership with Baidu Apollo is part of its strategy to “provide fully automated logistics solutions powered by Artificial Intelligence (AI)”.

At a technology event in Beijing, Suning and Baidu Apollo unveiled an unmanned delivery vehicle dubbed the “MicroCar” which they say will help to solve “the last 5km delivery problems”.

Lu Junfeng, Vice President of Suning Logistics, commented: “By combining the rich smart community scenarios built by Suning, and the advanced unmanned self-driving technology developed by Baidu in its Apollo program, we are now significantly closer to realizing the commercialization of fully autonomous, self-driving technology.

“In the future, with continued in-depth cooperation between Suning and Baidu, a new form of smart logistics community will better benefit the public by making their lives even easier.”

As previously reported by Post&Parcel, in May this year, Suning completed a road test of its heavy-duty self-driving truck “Strolling Dragon”.