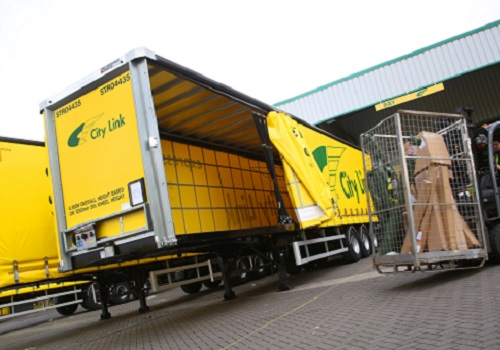 But the National Union Rail, Maritime and Transport Workers (RMT) said the company was working with insolvency advisors since November without telling staff or their union.

The RMT has been meeting with administrators Ernst & Young in Leeds during the past few days in an attempt to save jobs.

It said the meetings revealed that the company “deliberately withheld” information about being declared technically insolvent on 22nd December. The union said only the action of a whistleblower prevented the firm from delaying its announcement until after Christmas.

Mick Cash, the RMT general secretary, said after meeting the administrators: “It is crystal clear from today’s meeting that there has been a truly horrific catalogue of mismanagement at City Link and that staff and their union have been starved of basic information while a plot was hatched to publicly collapse the business on Boxing Day when in fact it was already declared insolvent.”

Cash added: “What a despicable and callous ‎manipulation of thousands of workers and their livelihoods over Christmas as the venture capitalists cut and run leaving a trail of chaos and misery in their wake.”

The union said laid off workers will have to apply to the government redundancy scheme because City Link and its financial backers will have “no liability” to make payments. Subcontractors owed thousands of pounds are “unlikely to see any of their money” according to the RMT.

A “skeleton staff” is to be kept on to wind up the company’s operations.

“There is no one in the frame to take over the company as a going concern but there may be a limited number of jobs available at other companies,” the RMT advised members.

The union has been demanding a meeting with the government’s business secretary Vince Cable in hopes that a rescue plan could be put together.

Cash said he will meet the union in the New Year, but warned that this was “too late”, and that the business will have been “smashed to pieces” by then by asset strippers.

The union has suggested that if the UK government could nationalise troubled banks, it could do likewise with City Link.

“Despite the festive season there can be no delays in getting on with that rescue programme and we expect the government through Vince Cable to take an active role right now,” said Cash. “The thousands of workers caught in the middle of this crisis deserve full support ‎from every quarter.”

City Link has been operating since 1969. It was owned by hygiene and services company Rentokil from the early 1990s, but Rentokil sold the firm in April 2013 for £1, after growing tired of its loss-making status.

The company’s troubles stemmed from a difficult merger with rival parcel carrier Target Express, which was acquired in 2007 for £210m. New management was brought in during 2011 promising to turn City Link’s fortunes around, but the firm has been running up losses ever since the takeover.

Last year’s acquisition saw new owners Better Capital, a private equity firm, pledging to pump £40m in investment into the company to push it back into the black. City Link had been investing in its technology and infrastructure in order to capture more e-commerce business. Parcels made up 80% of revenue, and there had been efforts in the past year to build the company’s postal business, but postal customers were told earlier this month that services were to be withdrawn from 9th January so that City Link could focus on parcels.

As far back as September, City Link was facing strike action with the RMT campaigning against pay and conditions — the union making allegations about the company “bulldozing” changes to staff contracts to improve profitability.

City Link, which has a fleet of more than 2m500 vehicles and a network of more than 60 depots across the UK, claiming to deliver around 76m items a year, recorded a £14m loss for the 2013 financial year, half the losses seen in 2012.

In October chief executive Dave Smith claimed future commitments from Better Capital had meant “we will complete our turnaround story” and “this business and our customers have a bright future to look forward to together”.