Amazon gets its wings 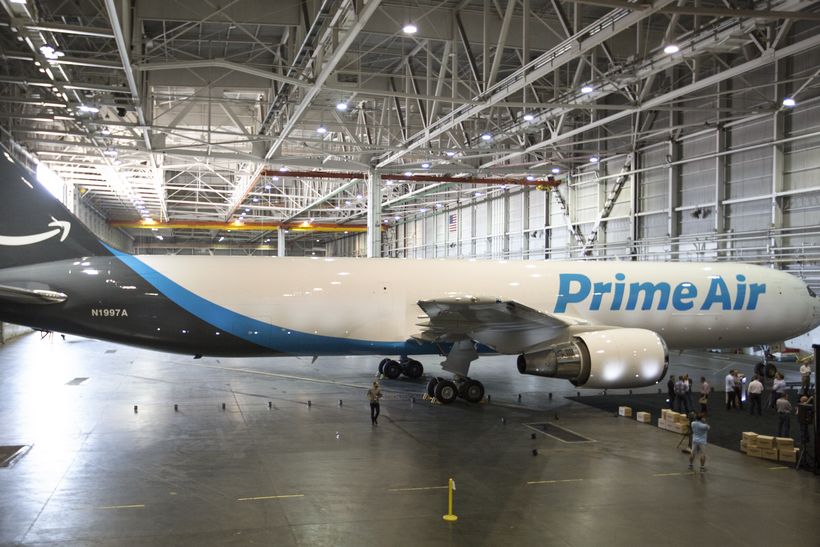 Amazon has showcased its first ever branded air cargo plane during Seafair’s Air Show in Seattle. In a statement issued today (5 August), Amazon said that the Boeing 767-300, operated by Amazon’s air cargo provider Atlas Air, is flying in the Seafair Air Show parade.

The airplane, named Amazon One, is one of 40 that Amazon has agreed to lease through air cargo partners Atlas Air and ATSG. There are currently 11 dedicated airplanes flying for Amazon as of today with additional airplanes rolling out over time.

“Creating an air transportation network is expanding our capacity to ensure great delivery speeds for our Prime members for years to come,” said Dave Clark, Amazon’s senior vice president of worldwide operations. “I cannot imagine a better way to celebrate the inaugural flight than in our hometown at Seafair alongside Amazon employees and Seattle residents.”

Amazon also used today’s release to talk up its new multi-modal transport muscles: “In the last year, Amazon has launched several initiatives to ensure great delivery speeds and supply chain capacity for its customers, including Amazon Flex, the company’s mobile application that allows individuals to sign-up, be vetted and begin delivering for Amazon, a dedicated network of 4,000 trailers to increase trucking capacity and, now, the network of air cargo planes.

“These efforts join Amazon’s robust worldwide network of more than 125 fulfillment centers and over 20 sortation centers where the company uses high-end algorithms, robotics, machine learning and other technological innovations to increase delivery speeds for customers. Amazon is now bringing the same technological expertise to efforts in the transportation space to increase shipping capacity for its customers.”

Amazon has also recently been taking to the skies with another type of aerial vehicle : drones. With the support of the UK government, Amazon has recently started run pilot tests for its new delivery drones in the south of England.

Amazon: We’re excited to continue our growth and investment across Kansas

Amazon: our expansion comes with an unwavering commitment to safety