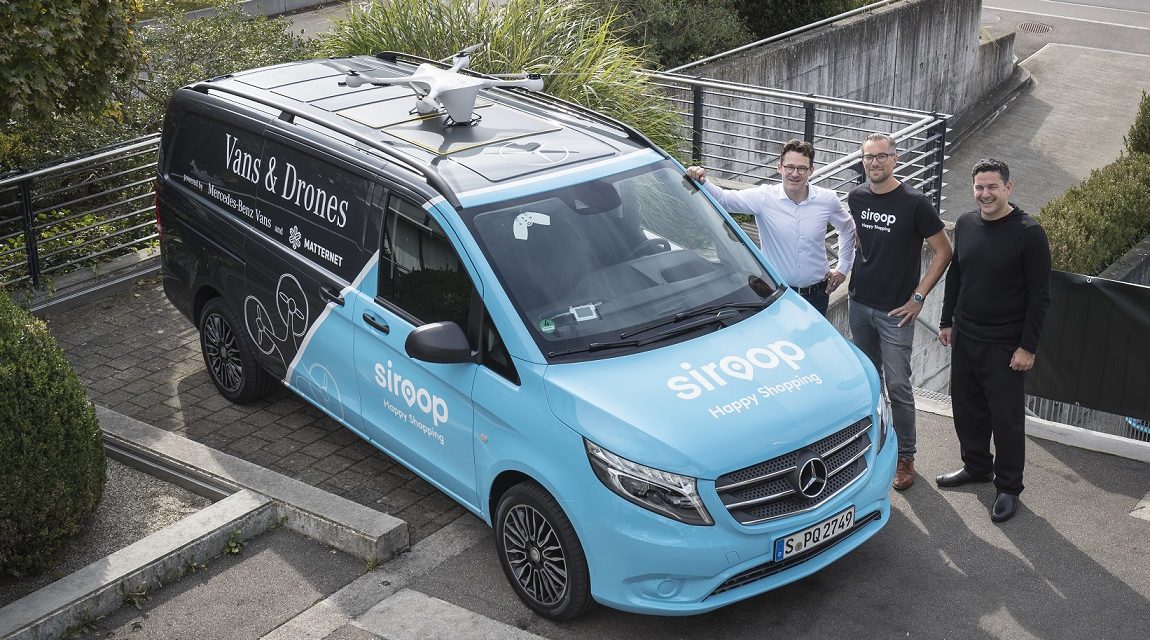 Mercedes-Benz Vans has teamed up with the drone systems developer Matternet and online marketplace siroop to launch a pilot project which will test the use of a van and drone-based system to deliver e-commerce goods in Zurich. In a statement issued yesterday (28 September), Mercedes said that the pilot project, which began on Monday (25 September), is “the first time that extensive beyond-line-of sight drone operations with the use of vans as landing platforms are taking place in a major urban area to test a fully-automated e-commerce drone network”.

The trials will run for three weeks.

Customers will be able to goods weighing up to 2kg from the siroop website for same day delivery.

This is not, however, a drone-to-the-door service.  Mercedes-Benz Vans explained how it will work: “The drones are loaded directly at the merchant and fly to one of two Mercedes-Benz Vito vans equipped with a precision landing technology. The van stops at one of four pre-defined points, called “rendezvous points”, within the city of Zurich, where the van driver takes possession of the product and delivers it to the customer, while the drone returns to the retailer.”

Mercedes-Benz Vans added: “The entire logistics chain from order receipt to delivery to the customer will be timed and compared against conventional delivery methods to gain insights into the efficiency of the solution.”

As previously reported by Post&Parcel, the Vans & Drones project was presented by Mercedes-Benz Vans and Matternet at the ‘Van Innovation Campus’ event in September 2016.