This year’s survey has shown a worrying decline in overall shipper satisfaction with their chosen delivery partners. But while some carriers have had to say goodbye to some of their long-term contracts, others have been able to welcome new accounts to their portfolios.

Factors such as carrier rebranding or even a shift in operational strategy are likely to have influenced customer perceptions of their delivery partners (for good or ill).

Our survey has shown that the percentage of respondents that have been with their main carrier for over five years has dropped from 58% to 54% whilst those under a new contract have risen from 4% to 6%.

As well as seeing a decline in long-term contracts, there are other key metrics that hint towards higher levels of dissatisfaction and ongoing competitive pressures:

Other survey highlights include:

Our respondents chose customer service as the single most important factor when rating carrier performance, ahead of quality of transport, provision of information and even price. Importantly, this is the one rating receiving the lowest performance score, meaning there is a noticeable gap between customer expectation and carrier performance.

‘Economy’ and ‘Same Day’ services on the rise

There has been a distinct rise in the number of service types (same day, next day etc.) being used by shippers. The usage of these different service types has gone up by 34% overall amongst shippers, with higher take up of same day and a timed (pm) next day delivery.

A lack of transparency over late and failed deliveries

The one single performance factor where carriers seemed to be struggling was regarding a lack of notification when they were either going to be late for a delivery or fail to deliver at all. Historically, this factor has always received the lowest performance score average. This is also reflected in the fact that ‘Provision of Information’ received the second lowest performance (mean) score this year.

Rates on the rise?

A large proportion of our respondents were expecting a rate increase in 2018. The net price change in 2018 was expected to rise by 2.5%. Almost one fifth of respondents said rates would remain the same. Royal Mail and DHL Express have already announced a rise in rates for 2019, so next year’s survey can be expected to see the effects of this and other rate increases.

Overall, performance scores were lower than last year and the average score for the majority of the factors that make up the ratings has also declined, a sign that carrier performance is falling below shipper expectations. In fact, for all the measured ratings, the only score that improved was for ‘Competitive Price’, another indicator of tougher competition in the market place.

This year’s survey shows that despite the ever-increasing demand for excellence in delivery, the delivery industry as a whole is failing to meet these expectations. A rise in how important shippers consider overall service levels and a rise in the levels of carrier churn, all point towards the fact that shippers are not entirely satisfied with their transport partner’s performance. This is also made evident by the continuous decline in our survey’s NPI score.

If you would like to purchase the full survey, please call Agustin Maril, Senior Research Executive on +44 (0)1628 642910 or email [email protected]

As a special offer for our Post&Parcel readers, we are giving away a free sample of this report which includes part of the executive summary and selected key results from the surveys. Just complete the form below to start your download. About the Survey This report should be useful for parcel carriers, retailers, venture capitalists or technology companies that are immersed in a carrier selection process, want to scrutinise how the competition fared, are looking to invest in the segment or want to gain a better understanding of the market and key players.

For the last 20 years, Triangle’s UK Domestic Express Parcels Distribution Survey has been the industry standard benchmarking survey for the UK express industry by becoming the key neutral and robust benchmarking method and vehicle with aims to give an unbiased and independent point of view on how shippers and everyday parcel carrier users view and rank their chosen parcel carrier performance.

The 2018 edition of the ‘UK Domestic Express Parcels Distribution Survey’ is available now. The 200 plus page report was the result of over 900 in-depth telephone interviews with B2B and B2C shippers which were carried out between April and August 2018.

There are also two separate market segment reports (B2B and B2C) which can pin-point the most important performance factors against which shippers rated their delivery partners, thereby helping carriers set future strategies. It gives a unique insight into the UK Express Market and is available in various formats. 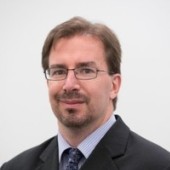 Senior research executive at Triangle Management Service, Agustin Maril is in charge of the day-to-day development of most of the off-the-shelf surveys and digests published by Triangle. His main activities covering desk research, data gathering, insight and analysis, both quantitative and qualitative, as well as producing reports and white papers. Has over 10 years’ experience performing market research activities for various industries. Emirates Post: making UAE one of the largest e-commerce hubs in the world