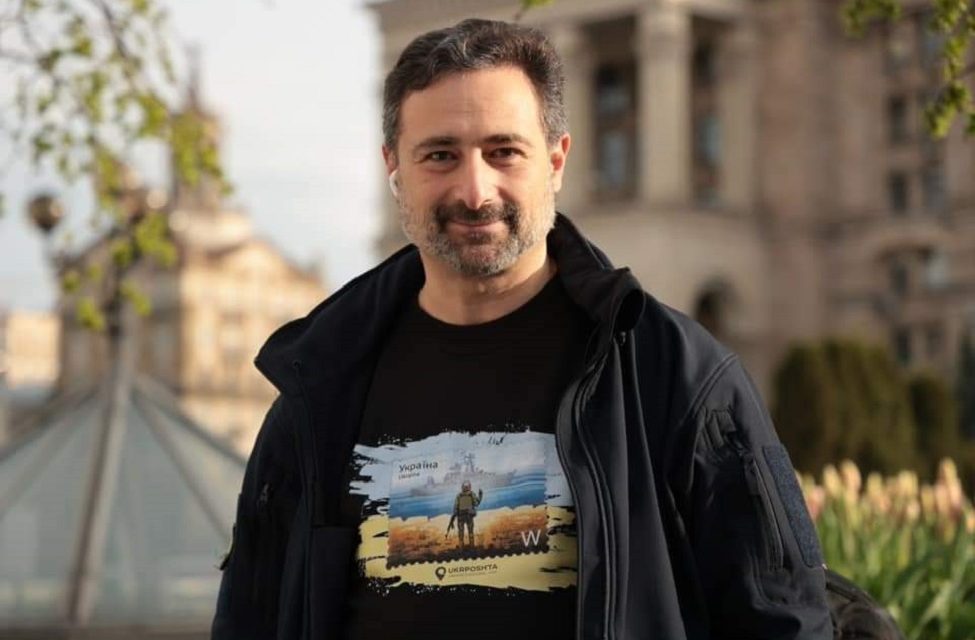 Warm, fiercely determined, and proudly brandishing a t-shirt depicting the now infamous Russian Warship stamp; Igor Smelyansky, CEO and Director General of Ukrposhta spoke to Post&Parcel about delivering pensions in a warzone, his ambition to restore all postal offices in Ukraine by 1 June, finding new ways to communicate without the internet and his intention to win the war on transformation.

When the Russian forces invaded Ukraine in February which postal services did you prioritise?

The war was unexpected, so on the first day of the invasion I decided to stop all postal services to try and understand where the Russian forces were coming from and what the impact would be. Our priority was – and still is – the safety of our employees and our customers so we needed to organise our operations to make them as safe as possible.

It quickly became clear that we needed to focus on essential services – delivering pensions, social payments and food throughout Ukraine.  We also needed to continue to deliver parcels – firstly to help businesses stay afloat and secondly millions of Ukrainians have relocated to other countries or other areas of Ukraine and we had to help them get their belongings and clothing.

For the first few weeks of war newspapers stopped running and letter volumes were low so we were able to focus on these key services.

How do you plan your operations on a day-to-day basis?

My day starts at 5 am with a planning session where we assess the current military situation and identify which routes are safe or safer to take.

Now we are almost on day 80 of the war it is slightly easier to plan. The western part of Ukraine is safer or peaceful (relatively speaking), so we have established routes there and so the only thing we need to check is if there has been any damage caused by overnight shelling or if routes are blocked. From that information we plan the day.

What are some of the obstacles you face?

A new challenge we now face is a fuel deficit as Russian forces are targeting gas plants so our fuel is now being imported from other countries. This means we have to adjust our routes and think of ways to save fuel.

One thing that helps this problem is using the railway. We have launched a railway service from Lviv to Kyiv to transport parcels for the first time in 21 years. We started this service during the war to overcome two other obstacles- firstly we have a curfew so we cannot travel at night but we can use the railway and secondly roads can get blocked so using the railway overcomes this.

Working with my previous COO at Ukrposhta, who is now CEO of Ukranian  Railways, we discussed how we were going to do it and just five days later we launched the first route. It is all about being determined to achieve something.

How do you communicate with your staff?

Instant messengers allow me to communicate directly with my directors and teams across the country as I often only get to read emails at night.

Also I’m doing a lot of travelling.  I’ve just returned from the Donetsk and Luhansk region where I was on the front line. I think it’s important for people to see me, for me to support them and for me to see how they work.

How do you ensure, as best you can, the safety of your staff?

Unfortunately, at the beginning of the war a Russian tank killed two of our employees in a truck. The tank came out of nowhere. This has taught us to be more careful. This is why we have the planning meeting in the morning to assess the danger. We have not had any more casualties since then in the line of duty. However there have been many casualties in people’s homes. When we visited Donetsk region this week the decision whether to go or not was made 10 minutes before we left. We can’t say it is 100% safe – it is not possible. Sometimes you have to balance safety and your goals.

Ukrposhta has been working tirelessly to keep postal services going throughout the war – can you tell me about your team?

We have amazing employees. Sometimes they haven’t been able to sleep during the night due to shelling and they have spent the night in bomb shelters but in the morning they still come to work.

I have seen lots of images on social media of destroyed offices and postal vehicles – how extensive is the damage to your infrastructure?

But nevertheless, we plan to restore the entire network by June 1. We have already begun work to do this. The way it works is: firstly Ukrainian armed forces free up a city or village , then we work with the local military administration to demine the branch because Russian forces leave lots of mines. Then once we have de mined the branches we bring in our movable offices. Often the areas don’t have cellular connection, internet connection or electricity but our moveable offices work independently and staff bring pensions, social payments and food.

The moveable offices remain there for a few weeks while the branches are being restored. We have already done this in Kyiv and Chernihiv regions  and we are now restoring offices in the Sumy region. We are very grateful for our moveable project because it allows us to be flexible. In March we delivered 87 % pensions by hand despite the war and despite the shelling.

What have been the key challenges for you personally over the last three months?

Lack of sleep and dealing with emotions. No matter what I see I have to be composed and I have to make decisions which are not based on emotions. I have to negotiate with Russians. I also have to be careful what I post on social media as I don’t want to endanger the lives of my employees. But above all not seeing my family and handling my emotions is probably the worst.

How important is the postal service to Ukrainians in times of war?

Yesterday we delivered children’s drawings to soldiers on the front line.  It is about emotions and how they can support our forces. When you deliver a pension to someone imagine how they feel – they still feel part of Ukraine. I delivered a pension to an old lady recently and she simply said: “now I can go and buy milk”.

Are Ukrainians using traditional mail more than normal to communicate over the last few months?

Not really but we are actually about to launch a new project to allow people in military zones to communicate with relatives. I was just in the Donetsk region where there is no power and no mobile connection so people can’t even call their relatives to say they are alive. When I was handing an old lady her pension, she gave me a piece of paper with a phone number on it and asked me to call her daughter to say she was safe. Our new project will allow people who want to send messages, to fill in an online form,  we will then print out the messages and next time we go to Donetsk we will try to pass message on through our employees and volunteers who work in those territories and on the way back we will call the sender to say they are safe.

Often Ukrposhta has been the only network working when we visit different regions, for example in Donetsk military zone. Apart from the first day of the war we have had 5,000 postal branches open – more than all the banks combined and all the private competitors combined. But now all the other companies are slowly coming back and e-commerce is growing again. Particularly with the cost of fuel people are starting to order it online.

This means we have to work harder to maintain their trust which is why we have set the goal to return to pre-war levels of delivery. We want to restore next day delivery options too.

At first people were thankful we were working. Now war is becoming part of people’s life the public is starting to expect the same service levels we had before so we have to work harder to deliver this.

How will you handle all the new addresses of people displaced during the war?

Our main client is the government who sends lots of communications, but they need to understand where people are to send them mail. We will start creating a database of where people now live and which buildings have been destroyed.

How did Ukrposhta’s Russian Warship stamp (which depicts the now famous moment back in February when the Ukrainian border guard defending Snake island in the Black Sea, told a Russian warship to “go f*** yourself’ when asked to surrender), come about?

We launched a stamp design competition in March on this theme and received 500 paintings, including some from children. We picked 50 and ran a national vote and this is the stamp that won.

It struck a chord with millions of people and has become a new symbol of Ukraine because of the emotion and the fact that so many people wanted to send the “f” message to the Russian forces and this stamp represented it in the nicest way.

How is the postal sector supporting Ukrposhta? What more can the sector do?

We have had a huge amount of support from our neighbours and we are very thankful for this, most have maintained postal exchange with us. Some countries have not and I hope they will follow the lead of the others, at least for the controlled territories.

Other countries such as Poland, Estonia, Romania and Georgia have been helping with humanitarian aid and many postal operators such as France and Estonia are cancelling their terminal dues which helps us to put the money to use restoring infrastructure. We are asking other countries if they can help us in that respect too.

Another thing we are asking is that our partners help to limit Russia’s presence in the UPU. What Russia is doing deserves isolation.

I was originally going to interview you about Ukrposhta’s transformation before the war started in February, how has the war affected Ukrposhta?

We understand the Russians can send a rocket at any time but is that an excuse not to build a new sorting centre? No it’s a challenge we need to overcome.

Is it hard? Yes it is but we are winning the war and we should win the war on transformation. I imagine the economy will need a lot of things to be moved and delivered on time. A war is not an excuse it is an opportunity. 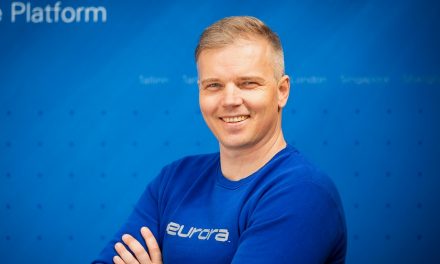 Taking the struggle out of compliance 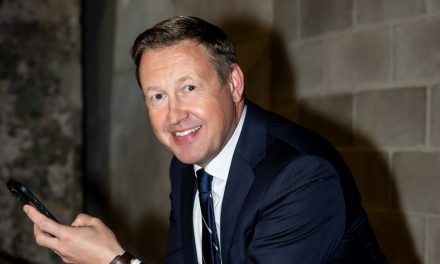 UPU Director General: I congratulate the postal sector for its resilience

Omniva: it is necessary to put a price on humanitarian aid to Ukraine